What Happened to You, Part II: Why We Talk About It

Hogg Foundation for Mental Health · Episode 139: What Happened to You, Part II: Why We Talk About It

It’s hard to miss the multitude of public conversations about personal trauma taking place these days. Discussing personal trauma and its long-term impact has become markedly less stigmatized. Increasingly, public discussion is considered empowering, humanizing, and helpful to others with similar experiences. 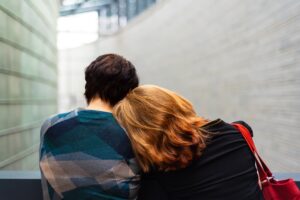 Photo by Külli Kittus on Unsplash

In the second of our series of podcasts addressing the relationship between trauma and well-being, we talk with Dr. Bruce Perry, co-author with Oprah Winfrey of the recent best-selling book, What Happened to You?: Conversations on Trauma, Resilience, and Healing, about the increased openness and evolving approach to understanding trauma.

Bruce D. Perry, M.D., Ph.D. is the Senior Fellow of The Child Trauma Academy, a not-for-profit organization based in Houston, and adjunct Professor in the Department of Psychiatry and Behavioral Sciences at Northwestern University School of Medicine in Chicago.

Dr. Perry’s fruitful collaboration with Oprah Winfrey resulted from her own history of trauma. Because of her painful experiences, she felt strongly motivated to find ways to stop abuse and reached out to Dr. Perry to learn more.

Oprah’s publisher proposed he write a book related to his work on childhood trauma and Dr. Perry suggested Oprah participate as well.

“People will listen to you,” he told her. “And you’ll reach an audience that would never, ever open up a book by me.”

What Happened to You?

“The book is trying to help shift people [away] from being judgmental, away from focusing on what somebody is doing wrong or what’s bad with somebody in the moment,” says Dr. Perry. “And [instead], to take a step back and recognize that the present behavior, the present functioning, is a product of something that happened before.”

He believes that the current medical model of emphasizing clinical diagnoses of mental illness is inadequate for understanding and addressing behavioral health issues. Rather than asking ‘What’s wrong with you?’ we should be asking ‘What happened to you?’

“Behavior doesn’t come out of a vacuum,” he says. “Something happened that is influencing the way people function. What happened to them is that there were disappointments. There was chaos, there was adversity, there was trauma. There were things that they have overcome to be in the present moment. And when you understand somebody’s story, you are much more likely to be compassionate and understanding and kind, and so forth.”

And while widespread public sharing of personal trauma is a recent phenomenon, he doesn’t think it’s an ephemeral trend.

“Ultimately, there will be a convergence on the power of early developmental experiences to shape outcomes,” says Dr. Perry.

He believes that sharing personal stories of trauma will lead to positive change.