“Things need to be fair,” Dr. Octavio N. Martinez, Jr. says. “One needs to be able to feel like they have equal access to the resources they need … in order to achieve wellness.” 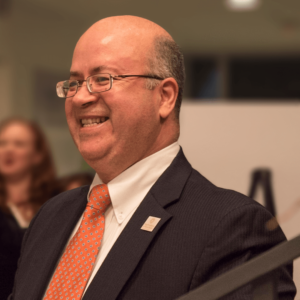 The fifth executive director in the Hogg Foundation’s 78-year history, Dr. Octavio N. Martinez, Jr. believes in the power of connection and community, and in 2008, he brought with him a holistic vision of mental health in Texas that continues to advance our grantmaking. Over the last ten years, he’s built bridges between the disparate worlds of mental health providers, policymakers, funders, advocates, consumers, and families—and he’s not stopping.

In this episode of Into the Fold, we celebrate 10 years with “Dr. M” by taking a deep dive into his surprising professional journey, and how values like fairness and historical perspective drive his decision making. We also look at some of the key developments in mental health and philanthropy that have informed his approach, and discuss the foundation’s recent shift to a model that transforms how communities promote mental health.

From “Community Psychiatrist” to Community Leader

Even though Dr. Martinez began his professional life in the finance sector, an unexpected bank failure led him to move in a different direction—first by joining Harvard University’s Master of Public Health program. There, he discovered the population health and prevention models that incorporate, rather than gloss over, the many variables affecting overall well-being.

“What really appealed to me while in medicine was teaching,” Dr. Martinez says. “So being an academic psychiatrist, but also working with the community.” Playing the role of “community psychiatrist,” he says, taught him how health disparities function inside and outside strictly clinical spaces. It also expanded Dr. Martinez’s understanding of what recovery from mental health struggles can look like—individually, and in community. “It’s a beautiful concept,” he says. “To understand … that we’re not defined by our illness, but instead are resilient human beings that can overcome these issues and continue to live fulfilling lives.”

If Dr. Martinez had to single out a guiding principle that characterizes his style of philanthropic leadership, it would be fairness. That, in part, explains why health equity has become an increasingly prominent feature of the foundation’s vocabulary. “If things were fair, and I was given an equal opportunity or shot,” Dr. Martinez says, “I could do my best, and I would feel good about that. As I grew and matured as an individual, I felt that should be what everybody gets to experience.”

Prior to Dr. Martinez, the foundation was led by Dr. King Davis, who facilitated its transition from responsive to strategic grantmaking. When Dr. Martinez came on board, thematic, strategic grantmaking was the order of the day—meaning grants typically centered on topical issues like integrated health care and workforce development. “All these different initiatives the Hogg Foundation has been involved in—I see it as a fabric of our health care system here in Texas,” he says. Each initiative, in tackling a different dimension of mental health reform, acquainted foundation staff with varying sets of circumstances and perspectives—conditions—that challenge or instigate local and systems-level change.

After much experimentation and learning under Dr. Martinez’s leadership, the foundation made a strategic shift to transform how communities promote mental health in everyday life. In doing so, the foundation is focusing primarily on addressing the root causes that comprise the social determinants of mental health. Infrastructure, transportation, green space, food deserts, access to care—for “all of these things,” Dr. Martinez says, “it’s really about the quality, not just that it exists. Are they really enhancing the ability of an individual or a community to live to the fullest extent of their overall well-being?” Right now, for example, grantees of our recent Collaborative Approaches to Well-Being in Rural Communities initiative are putting this approach to work.

WATCH: What does it mean to transform mental health at the community level?

Hear about the foundation’s strategy from our executive director, Dr. Octavio N. Martinez, Jr. as he discusses our recent shift in focus on individual mental illness to transforming mental health at the community level.

A Shift from Mental Illness to Mental Health 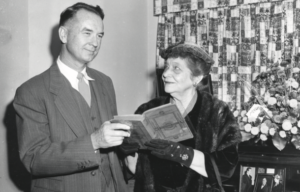 On the foundation’s shift from a primary focus on treatment of mental illness to an emphasis on supporting community environments that promote positive mental health in everyday life.