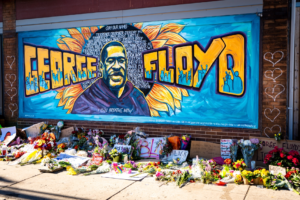 Photo by munshots on Unsplash

The Hogg Foundation for Mental Health strongly condemns the murder of George Floyd, a black American man killed while in Minneapolis police custody last week, and our hearts are breaking for those affected by systemic patterns of racism, racial violence, and oppression. When tragedies like this occur, we all have a responsibility to examine our personal and collective roles.

As a mental health foundation, racism and racial violence undermines the fabric of what our organization believes – that past and present inequities must be addressed, and that the health and wellbeing of black Americans must be a priority. We recognize that our cardinal aim, improving mental health for Texans, cannot be achieved while communities of color are undervalued, unequal, and systemically oppressed.

We also recognize racism and racial violence, especially when committed by authorities, cause trauma – even for those not directly affected. We know that for black communities in the U.S., police violence is one of many social determinants of mental health. The pain and passion that we are seeing in protestors across the nation, including in many Texas cities, is rooted in deep historical and cultural trauma.

In response to the national conversation about George Floyd’s death, police killings, and systemic racism, medical experts such as the American Academy of Pediatrics and the American Medical Association are emphasizing that racism is a public health issue.

To confront this institutional issue in our society, the Hogg Foundation recognizes that it is those of us with power and privilege who need to be intentional with our commitment to equity. Individuals and institutions with influence and hegemony can marshal the resources we are privileged enough to have, in order to do our part to help heal an unjust world.

For many white Americans, this means learning to be an ally, educating oneself about systemic racism and white supremacy, taking staunch anti-racist action against injustice, amplifying the voices of black Americans who are often ignored or overlooked, and stepping into spaces and conversations that may not be comfortable.

The disenfranchisement of black Americans, which has led to a lack of representation in lawmaking bodies, has resulted in policies that do not always serve the needs of the black community. The Hogg Foundation recognizes that to combat racism from a public health perspective, policy changes should be rooted in offsetting systemic racial oppression, racial violence, and police violence, in addition to many other policy areas.

Finally, confronting racial violence and oppression means going beyond the explicit guidance of our charters and by-laws. It means holding space for self-care and the well-being of our most vulnerable communities.

The American Psychiatric Association said this week, “The current unrest in America is a reaction to the racism that has scarred this country for centuries and never been properly addressed.”

Powerful people and institutions must step up and acknowledge that the onus to mend these wounds is on the privileged, not the survivors. Until this happens, those who know better must be willing to lead.