Fear of Going Outside: A Podcaster on Asian Identity, Mental Health and Belonging 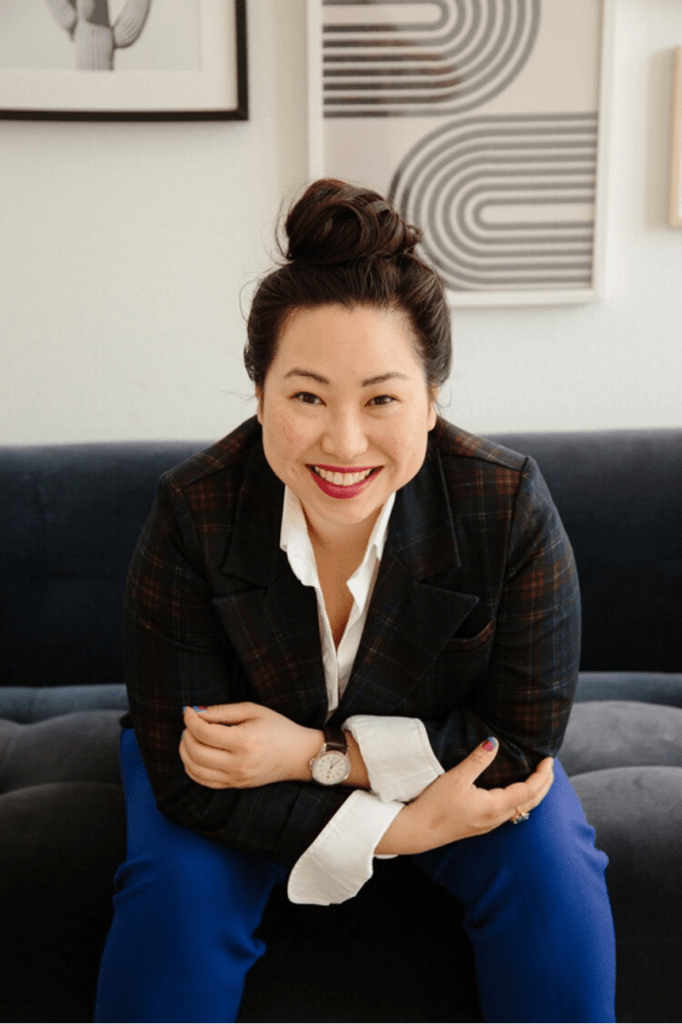 The current period has been one of tragedy, hope and ongoing tension for Asians in the U.S. Since the COVID-19 pandemic broke out in early 2020, Asians have been frequently scapegoated as bringers of contagion. More recently, a spate of violent attacks on Asian Americans has heightened their sense of vulnerability and brought issues of trauma to the forefront. For this episode of Into the Fold, we sought out comedienne Ivy Le, a second-generation Vietnamese American podcaster, writer, performer and activist, to share her perspective on the status of Asian Americans in the year 2021 with a focus on the lessons this holds for those who care about mental health and building a more just and equitable future.

Ivy recounts how she searched her iPhone for the keywords “Asian,” “mental health,” “me,” and “2021” while preparing for the interview. Tellingly, the search came up empty. “My big mental health kick — and I’ll tell you what’s Asian about it — is that I’m trying to get every single man in my life to go to therapy,” Ivy deadpans. “And the Asian part about that is how I boss around younger men like I’m their big Asian sister.”

Joking aside, Ivy is dead serious about getting the significant men in her life to do the work of going to therapy. She’s focusing on “the men who can make or break my life mission to break the cycle of intergenerational trauma, so anybody that is an important person in my kids’ lives.”

“It’s a team sport — breaking the cycle of intergenerational trauma,” Ivy says. While this team naturally includes other women, Ivy finds that the men in her life need a lot more encouragement to go to therapy. “I’ve taken a lot of measures to make sure that I deal with my stuff instead of putting it on my children. Now, I need everyone. It takes a village. I need everyone in their lives to be doing that work in order to succeed.”

The Fact of Violence Against Asian Americans

The latest wave of violence against Asian Americans during the COVID-19 pandemic, while shocking in scale, is not altogether surprising to Ivy. “The fact of violence against Asian people is not new,” Ivy explains. In fact, when her family came to America in the 80s, it was so commonplace for Ivy’s father to get jumped on his way home from work that he taught her as a kid that when (not if) this happened to her, she should “fight with her legs,” since he had noticed that for some reason, Americans didn’t really use their legs in a fight.

The horrific shooting in Georgia this past year was an ugly reminder to Ivy of American xenophobia and racial ignorance. In particular, she was struck by how little her peers seemed to know about Asian culture and the history of the sexualization and fetishization of Asian women. Since the shootings took place at an Asian massage parlor and spa, Ivy saw many people, even allies, characterizing the victims as sex workers. “It made me question so many of the relationships that I have with people that I was like, wow, does anybody really understand me? And if I make art that comes from my perspective, is anybody going to get it? Like wow, these people really don’t know anything about us except for the food that we serve them.”

Fear of Going Outside

Ivy’s latest project, launching June 10, is a podcast called FOGO: Fear of Going Outside. Over the course of season 1, the story arc is a simple one: Ivy prepares herself to go on a camping trip. She hopes the show is a resource for indoorsy people like herself who might be hesitant about going out into nature. “I think what people are going to find is kind of an unpacking of where that fear even comes from. And a lot of that is what we were talking about earlier, intergenerational trauma. That’s why you want to be prepared.”

It’s an idea that Ivy has noticed throughout comedy, explored most trenchantly by comedians of color: the idea that camping is a white people thing. “I would say every nearly every famous comedian of color, definitely every super famous Black comedian, has a huge stand-up story about this terrible time that they went outdoors.” Ivy hopes her show can interrogate those narratives and ask why and how people of color might relate to nature in that way.