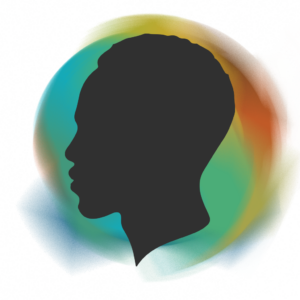 This blog post was authored by William Fitzgerald and is one of the prize-winning entries of the New Voices Showcase. We are also featuring it as part of Minority Mental Health Awareness Month. We thank Mr. Fitzgerald for his submission.

I found myself screaming obscenities at the retreating truck, daring the two White guys in it to come back and face me. I had a crowbar in the trunk and an overwhelming desire to crack some heads. My wife and daughter were scared. How did a lunch date to catch up on things turn into this? Bystanders, who were mostly White, were shocked. Why was this large Black man yelling at the top of his lungs?

It had all started so simply, I made a left turn into the restaurant parking lot, and the guys in the truck coming in the opposite direction felt that I turned too soon in front of them. Honestly, I may have. But when the driver honked his horn and the passenger yelled something out of the window, my anger swallowed my self-control. This pacifist, this educated rational thinker had become a violent idiot bellowing F-bombs on a street-corner in this pleasant neighborhood.

About a year before that, I was working as a consultant for a software company at one of our largest clients. After nine years of consulting with the company’s mid-size clients and building a reputation as the guy to call when other consultants had messed up a gig, this was my first chance at a large highly visible gig that could result in a big promotion. I started the project as head of the team and designed the build strategy for this client’s needs. A month after I started, my supervisor informed me that actually this job had been supposed to go to someone else, but he hadn’t been able to get off of his current project to start this one.

I dutifully handed the project over to this White guy who was hired less than a year before. He immediately messed everything up and would not take advice from me. My boss called me and demanded to know why I was not supporting “Tyler”. At a lunch meeting with Tyler and my boss to put the project back on track, I kept staring at my steak knife. I lost the thread of the conversation because I had another conversation going on with myself.

Why am I being held responsible for some new guy’s mistakes? That knife looks sharp. Will I get any credit for all of this work and dedication? I bet that knife will slide between ribs easily. Is this another case of me training my own boss? It’s serrated, I’ll probably need to use sawing motions to do any real damage. Is this Tyler dude really telling me about all of the special training he received from the company? He’s just been here a year. I don’t need to kill him. I’ll get less time if he is only maimed.

When I snapped out of my reverie, I became very concerned about myself. I was concerned that I wasn’t horrified about this violent daydream. I practice Buddhism for God’s sake. After years of working with, living with, and serving with White people, I feared that I may be turning into some sort of Whiteguy serial killer. I firmly and successfully suppressed any violent thoughts I had. But as the cases of Eric Garner, Javier Ambler, Philando Castile, and George Floyd and other Black people being shot by police dominated the media, weird things started happening.

I became hyper-vigilant, sensing unseen threats everywhere. I was jumpy and easily startled. I experienced mystery pains and broke out in hives at random times. Until recently, I’ve had trouble sleeping more than three or four hours at night. I had panic attacks in grocery stores. Oh, and the anger came back. With all of its familiar intensity, but thankfully without the revenge fantasies.

I started withdrawing from friends and rarely left the house. I didn’t feel that it was safe to be around people. This was before we all withdrew from public spaces due to the pandemic. The pandemic was actually a relief to me in a way. I didn’t seem so crazy, because the whole world was now just as crazy as I was.

Before the pandemic, I overcame my own fear of mental health services that I inherited from my parents and culture and tried to get counseling or therapy or anything to help. I knew I couldn’t afford to live with my mental health in the state that it was. In my mind, I was one angry exchange away from going to jail, one startled moment away from losing my life. Since I did not have good health insurance, I found it very hard to get help. I was finally able to get mental health services from a non-profit and it has helped immensely.

It took a while for me and my therapist to get to the root of the problem. She explained that what I was suffering from was Post-Traumatic Stress Disorder (PTSD). This was a diagnosis that I fought against. After all, my time in the military did not involve combat and I didn’t feel there was a traumatic experience that would have set off something like that. In my case, dealing with racism over a long period of time, combined with the incidents in the media, caused all of the same symptoms as combat-related PTSD.

It makes sense to me now. I’ve been in a combat situation since I was old enough to know that being Black means more than just my skin tone. I was born in the mid-sixties, so I grew up in a country that was trying to get its act together after the civil rights movement. I still do. That means it’s exceedingly rare to experience overt racism. That means I look for threats the same way a soldier does. The threats are different in nature, but I’m constantly on the lookout.

My glove compartment and pockets are full of receipts in case I’m accused of stealing something. When driving through certain neighborhoods, I’m rehearsing the answer to the question: Why are you here? I question every negative interaction I have with White people to discern whether the situation has anything to do with my race.

The real problem is I don’t think most White people are knowingly racist, just like most civilians in a war are not insurgents or terrorists. But how do you know until something happens?

Today, with the help of my therapist, I’m working to improve my mental health, and it has allowed me to function in society a bit easier. I don’t break out in hives. I don’t stay awake all night most nights. I don’t have as many panic attacks. I don’t have murderous thoughts.

I don’t want to think about what could have happened without this help.