My Husband, My Hero 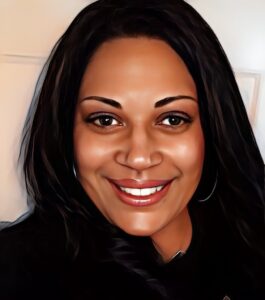 In the spring of 2022, the Hogg Foundation launched the New Voices Showcase. The goal of this project is to highlight talented writers and creatives who are living with or in recovery from mental health challenges. In this second series of essays in the showcase we are sharing the voices of family members and caregivers of individuals with mental health challenges. Throughout the coming weeks we will be featuring worthy submissions on this blog.

This blog post was authored by Crystal Rhodes and is one of the prize-winning entries of the New Voices Showcase. We thank Ms. Rhodes for her submission.

I swore I was destined to be alone. I watched my mother get married to the same man with a different face four times and each marriage ended in disaster. Looking back, I realized that I was afraid of being in healthy relationships because I was so accustomed to being in and witnessing toxicity. I didn’t know that real love was unconditional and that if you truly love and respect someone and they truly love and respect you, you need to stay and fight for what you love.

For a year and a half before I started dating my now husband, I was celibate. Yup, you heard me, celibate. That was the hardest year and a half of my life. The wind blowing hard turned me on. I couldn’t even listen to Jodeci or LL Cool J because the “Freek’n Me” couldn’t mess with the “Freek’n You” and I definitely wasn’t “Doing it and doing it and doing it well.” I was reading self-help books and going to therapy so I could cope with my own depression and anxiety. I prayed and waited and waited and prayed because even though I swore I was destined to be alone, I didn’t want to be.

One early afternoon, I was driving home from church, and I received a text. “I want to be with you.” I looked at the sender of this unexpected text and realized that it was him. It was Jermaine…skin like dark chocolate silk…Jermaine. My heart sank. I wanted this man. I wanted him since I met him in 2015 but he kept disappearing on me. So, I didn’t take it seriously when he sent the text, but I would have been this man’s mistress if he asked because he was that fine! So, I responded. In 2018 we started dating, in 2019 we got engaged, and in 2020, amid the pandemic, we got married.

Jermaine always appeared positive. He’d lecture me on letting go and letting God even after we lost our baby. I didn’t realize that this was his coping mechanism and a way to mask his own pain. He believed that if he stayed busy and pushed his hurt aside, that it would go away. So, he washed his car three times a week and swept the same spot on the floor over and over, every day. He became angry and shut down. He wouldn’t touch me. He barely slept. He barely spoke. He began reacting in anger and making decisions that ultimately led to my heartbreak and feelings of betrayal. Amid the despair caused by the senseless killing of George Floyd by police and the worst epidemic that I have ever witnessed, my husband, a beautiful Black man, lost himself.

I bring up the pandemic and the nonsensical killing of Black men for good reason. How would my husband, a Black man, receive help from a world that watches as Black men and women are being slaughtered? Where was the help my Black husband needed during a pandemic where he was just as likely to die from police brutality as he was from the coronavirus? My husband is the strongest man I know, but every time he stepped out the door, I feared he would never return. In my fear and angst, I did the only thing I knew how to do.

I called a divorce lawyer. The divorce would be simple. We had no children together so he could go his way and I would go mine. I was so tired, tired of the lies and mood swings. I was tired of feeling abandoned. I loved my husband but how could I be the one who helped him when he wouldn’t listen to me? How could I be there for a man who betrayed me? See, I wasn’t thinking about the fact that my husband was mentally deteriorating in front of me. I was thinking about my own survival because that is what I do when I am in my own darkness. I fight or run.  My husband’s darkness had become mine, so I chose to run.

In that moment, my love had conditions. I feel guilty about this now. I almost deserted the man who had once protected me but who now needed my protection. I almost divorced the man who held me when I cried, took care of me when I thought I was going to die from COVID, and supported me through all my endeavors. I almost left my husband because he was spiraling, and I couldn’t take it. He wasn’t who he was before his undiagnosed depression, anxiety, and PTSD almost took him from me.

My beautiful, broken Black man hovered over me with tears in his eyes when I told him I wanted a divorce. It broke my heart to see him cry, but my own darkness wouldn’t allow me to be his light. He took a handful of pills out of his pocket. Before I could blink, he threw the pills in his mouth and swallowed them.

I paced back and forth as the nurses evaluated my husband. He was awake in the hospital bed, and I was in tears next to him. I almost lost him. The love of my life had almost taken his life. After the mental health worker evaluated my husband, they decided to keep him. He became angry at the thought of remaining in the hospital. What I didn’t realize was my husband had PTSD from being in the hospital with his grandmother and aunt when they both took their last breath. The hospital was a trigger and he reacted to this trigger in anger. Suddenly, five white security guards surrounded Jermaine’s bed. “Your husband is a big guy,” one of the guards stated to me. I knew what he meant. He wanted to say that my husband is a big Black man. What they didn’t say was that they were intimidated, maybe even afraid. When a big, Black man is angry, people choose to react in fear instead of trying to understand the pain and injustice of being Black in America.

I quickly became fearful. I thought about George Floyd, Eric Garner, Sandra Bland, Michael Brown, and all the Black lives lost to racial disparity, police brutality, and violence. I became instantly afraid that I was once again about to lose my husband. I don’t know if I can adequately describe the distress and terror I felt knowing that my husband, a man who was mentally and emotionally suffering, could be hurt by the very people I prayed could save him.

I swore I was destined to be alone. Then one day, God sent me unconditional love in the form of a big, chocolate man named Jermaine Rhodes. My husband is my hero. He has been handling his trauma, hurt, and pain the best way he knows how. My husband has been surviving, not living. In a society where a Black man is perceived as dangerous if he shows emotion, my husband now lives his truth. He is passionate and honest. He no longer believes that mental health medication or therapy is a crutch or a weakness. He feels encouraged and gives himself permission to express his feelings without fear or concern that he is being labeled as the aggressive Black man. He is an amazing husband and works hard every day to make himself better and improve our marriage. He is imperfectly perfect. He is unconditional love, and I will continue to fight for what I love.