Hogg Foundation to Award $2.1 Million in Grants for 2020 Census 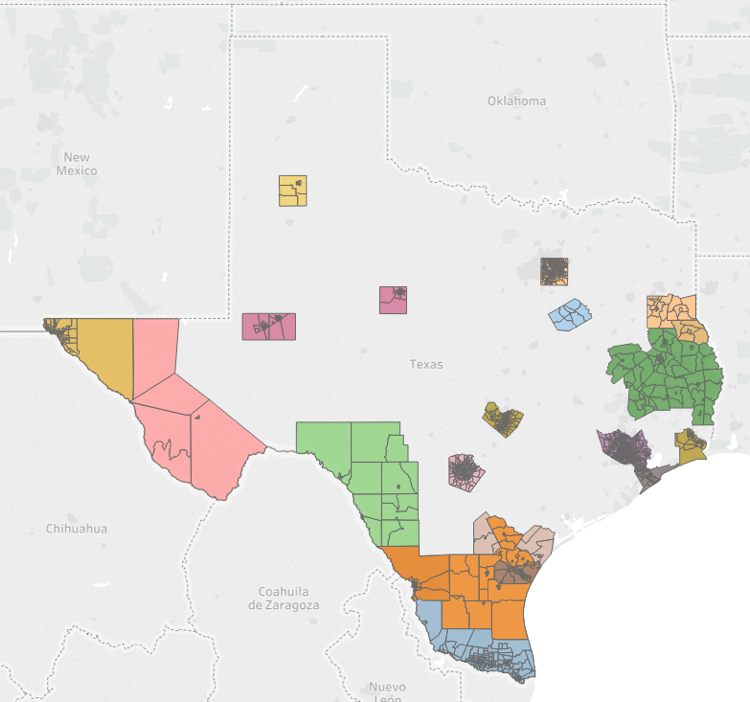 AUSTIN, Texas – The Hogg Foundation for Mental Health is pleased to announce that it has awarded $2.1 million for the Texas Communities Count initiative. The initiative supports complete count efforts in Texas for the 2020 U.S. Census. The primary focus is to aid collaborative approaches that will reach traditionally hard-to-count (HTC) populations, communities and geographic areas throughout the state. The goal is to encourage participation in the 2020 Census so that every person in Texas is counted.

Twenty-eight Texas organizations were awarded funds to support any of the following: (1) direct, local, on-the-ground complete count efforts; (2) regionally coordinated complete count efforts; or (3) statewide coordination of these local efforts. Award amounts range from $6,900 to $125,000 depending on the geographical scope and scale of proposed projects. All awardees have laid out strategies that focus on HTC populations and communities.

The local and regional grant projects (listed below) include organizations who operate affiliates in multiple regions of the state, or whose proposed projects encompass multiple regions. All told, 58 of the 254 counties in Texas will be touched in some way by the work of these grantees. In addition, the six grants awarded for statewide coordination (listed below) will further ensure that all of Texas is impacted in one way or another by this initiative.

The 2020 Texas Communities Count grantees are:

In addition to determining political representation and district boundaries for every level of government, an accurate and complete census is necessary to ensure fair allocation of federal dollars for resources, services and infrastructure that support Texans’ everyday quality of life.

Four of the 28 organizations—Rural Economic Assistance League, Rio Grande Valley Equal Voice Network, Texas Association of Community Development Corporations and Southwest Area Regional Transit—are being co-funded through a generous $210,000 gift grant to the Hogg Foundation by Methodist Healthcare Ministries of South Texas, Inc., a foundation based in San Antonio that serves a 74 county area of south and central Texas.

“This initiative has something for everyone who cares about well-being in our state,” said Dr. Octavio N. Martinez, Jr., executive director of the Hogg Foundation and senior associate vice president for diversity and community engagement at The University of Texas at Austin. “It promotes civic engagement and renewal, it is part of a larger effort to ensure that Texans get the resources and political representation to which they’re entitled, and by focusing on hard-to-count areas it addresses historic patterns of discrimination and inequity.”

“As important as the 2020 Census is, this initiative has implications that go beyond,” said Crystal Viagran, assistant director of finance and operations for the Hogg Foundation and project lead for the Texas Communities Count initiative. “By encouraging new forms of community collaboration and civic engagement, this initiative accomplishes a key aspect of well-being: supporting the ability of communities to take control of their own destiny.”