The following opportunity has been shared on behalf of a member or affiliate of the Austin Area African American Behavioral Health Network (4ABHN). 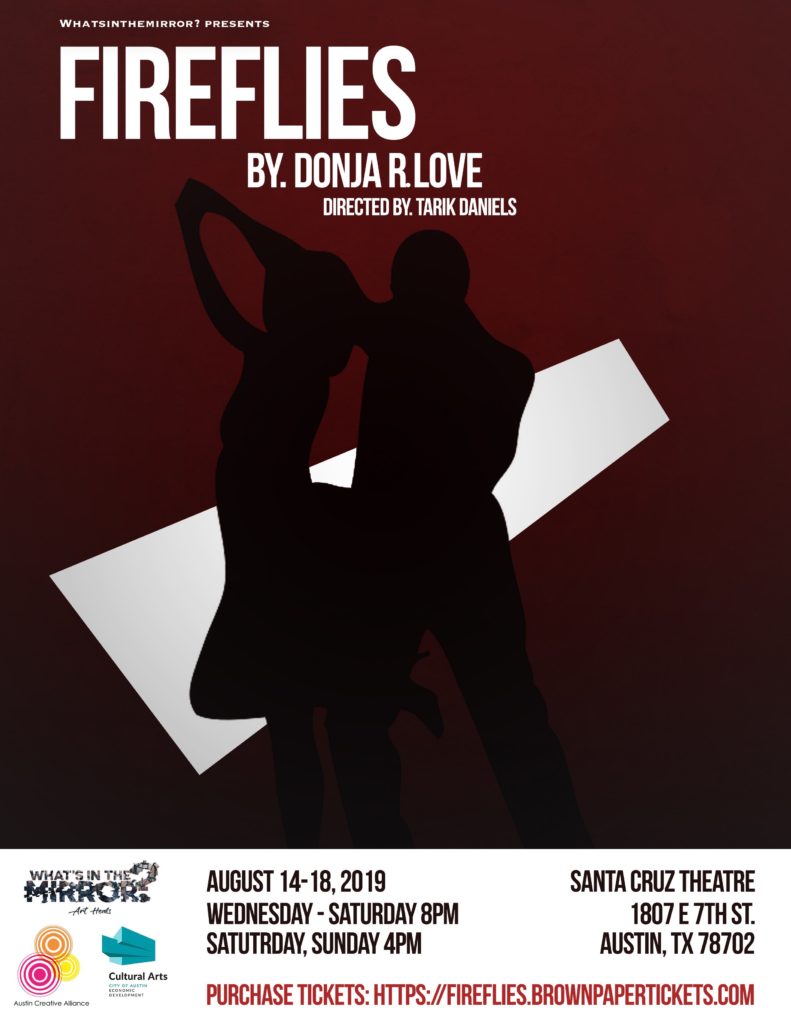 July 9, 2019 AUSTIN, TX.– Whatsinthemirror? Is pleased to bring you the Austin Texas’ premiere of Donja R. Love’s play FIREFLIES, directed by Tarik Daniels. Set somewhere in the Jim Crow South, the sky is on fire. A pregnant Olivia’s fierce speech writing is the sole force behind her charismatic husband Charles and his successful Movement to galvanize people to march towards freedom. When four little girls are bombed in a church, Olivia and Charles’ marriage is threatened – as this tragedy and years of civil unrest leave Olivia believing that “this world ain’t no place to raise a colored child.”

“Unearthing the role of gay black people in American history is a crucial proposition. I was moved by Mr. Love’s willingness to imagine other kinds of lives than the ones that history books offer. Embodied by the fine performers here, those lives really do seem alive. Khris Davis is exhilarating & heartbreaking. The language is rich & fascinating.”— BEN BRANTLEY, THE NEW YORK TIMES

This project is supported in part by the Cultural Arts Division of the City of Austin Economic Development Department and Austin Creative Alliance.
Community Partners: Austin Black Pride, Managed By Dawn

Whatsinsthemirror? is a 501c3 social movement that provides suicide and mental health awareness and prevention through art and advocacy to people of color by outreaching in the communities where educational resources of mental health are limited with the use of canvassing and theatre art performances and using social media presence to establish the need of love, care, and respect to change the lasting stigma of mental health, with the ultimate goal of saving as many lives as possible.