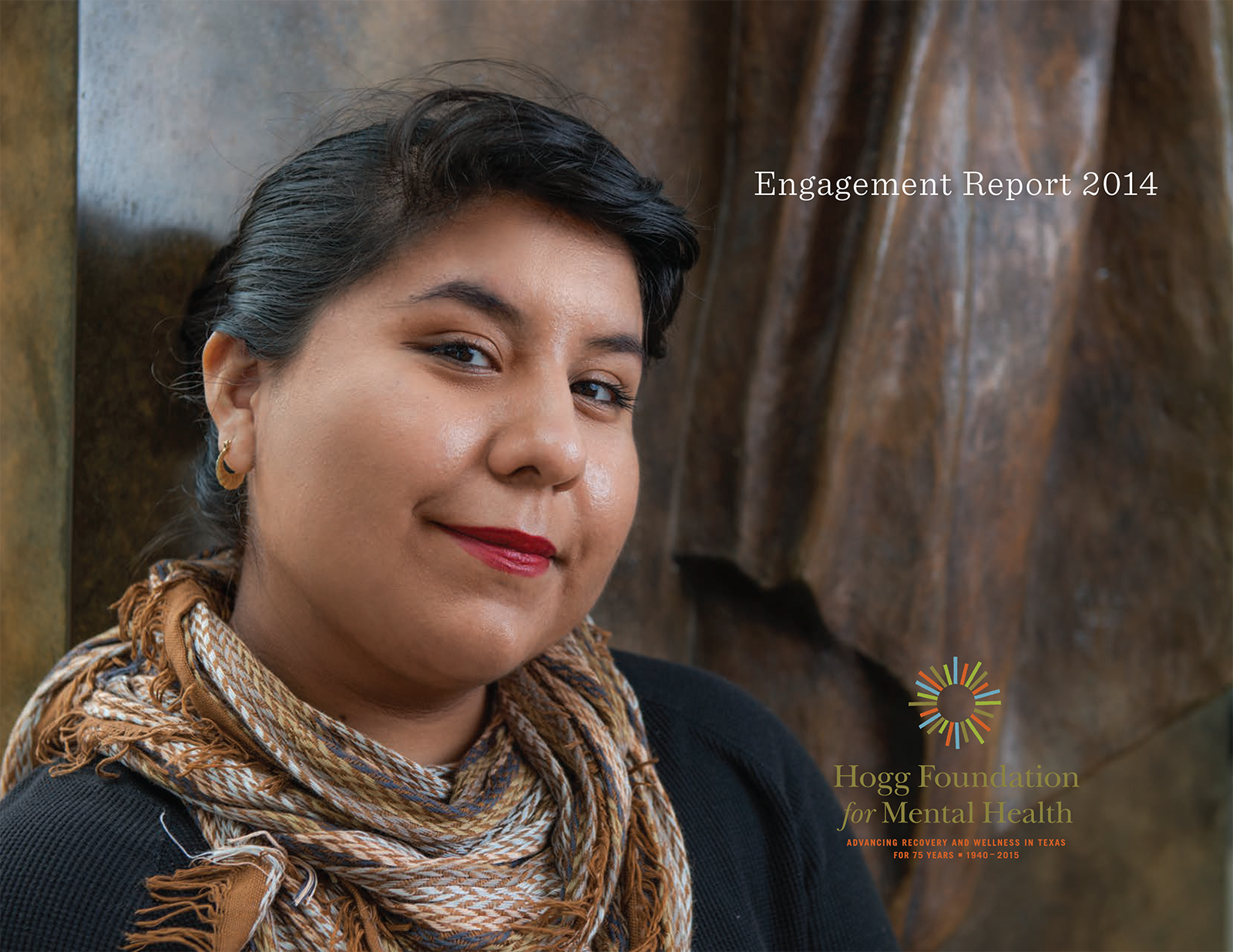 The Hogg Foundation’s Engagement Report 2014 is now hot off the presses! The Engagement Report is our biannual update on some of the most noteworthy developments in the recent life of the foundation, our grant activities, strategic priorities, and recent milestones and achievements. The current edition is quite a stylistic departure, featuring gorgeous photographs by veteran Texas photographer Wyatt McSpadden, an essay on the history of the foundation by William S. Bush, and a pair of essays by our communications director, Daniel J. Oppenheimer, that tell the story of the foundation’s recent strategic turn toward consumer- and recovery-oriented grantmaking. With this mixture of information, visuals, and storytelling elements, this edition of the Engagement Report has something for everyone.

The full Engagement Report can be downloaded here.

The following is a reproduction of the introductory essay by Dr. Octavio N. Martinez, Jr., executive director of the Hogg Foundation.

75 years ago, when Ima Hogg devoted her brother Will’s legacy to establishing the Hogg Foundation for Mental Health, she had a simple but profound vision of the kind of future she hoped the foundation would help bring into existence.

It was a future in which people with mental health challenges would be treated with respect and dignity, and mental health would be seen as indivisible from all other aspects of a flourishing and healthy life.

Over the decades, Texas has come some distance toward realizing that vision, in no small part thanks to the work the Hogg Foundation and its allies have done.

There’s still a long way to go, however, and it’s a testament to the farsightedness of Miss Ima’s vision that the future we’re hoping to achieve, from our vantage point in the second decade of the 21st century, looks very much like the one she envisioned at our founding.

At the heart of our vision, as we see it now, is a person, family, and community-centered mental health care system in which:

These aren’t the words Miss Ima would have used in 1940. Nor should they be, if we aspire to be as innovative and far-seeing in our time as Miss Ima was in hers. Yet they remain in the spirit of what she lived, believed and worked toward. And our commitment, to serving the people of Texas, remains inspired by her lifetime of dedication.

In this engagement report, we’re exploring that tension—between our origins, our evolution, and our future—in two ways.

One is through the lens of our 75th anniversary, and its theme of Past, Present, and Future. The past is represented by an essay from historian William S. Bush, on the founding vision of the Hogg Foundation.

The present is alive in the extraordinary portraits of our grantees shot by photographer Wyatt McSpadden, who has been documenting the soul of Texas for more than three decades.

And we peer into the future with current and former members of our National Advisory Council, who give us their take on the future of mental health in America.

Our other approach in this report is to take a deeper look at one particular facet of how the Hogg Foundation has evolved over the past few years, in rather unexpected ways. We do this through a feature on how the hiring of our two consumer and family liaisons, Tammy Heinz and Stephany Bryan, has helped locate the consumer voice, and the principles of recovery, right at the heart of everything the foundation does.

As you read through the report, I hope you’ll get a better sense of who we are, what we’re doing, and why it’s been such a privilege and honor for me personally to serve as executive director of the Hogg Foundation for the past six years.

I also hope you’ll be inspired to become an ally of ours, if you’re not one already, in the ongoing effort to bring into being the Texas that Miss Ima envisioned all those years ago.