This op-ed was co-authored by Will Francis, executive director of the National Association of Social Workers, Texas Chapter, and Dr. Octavio N. Martinez Jr., executive director for the Hogg Foundation for Mental Health and senior associate vice president for diversity and community engagement at The University of Texas at Austin.  It was originally published by the Houston Chronicle. 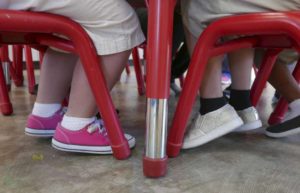 The Archdiocese of Galveston-Houston recently joined the Texas Department of Family and Protective Services in filing a federal lawsuit challenging a rule that prohibits taxpayer-funded foster care and adoption agencies from discriminating based on a person’s sexual orientation or gender identity.

We should be troubled by anything that would remove protections for an already vulnerable class of young people. And, perhaps more importantly, we should fear the possibility of further reducing the state’s already scarce pool of foster families.

Our state is in the middle of a costly and complicated overhaul of its child welfare system, one set in motion by a federal judge’s ruling four years ago that the system exposed children to such harm that it was unconstitutional. Despite being just a few years removed from images of children sleeping in state agency offices (having no place else to go), we are once again acting as if we have the luxury of raising barriers to equal participation in the foster care system by otherwise qualified foster parents.

What do we mean by “qualified”? We mean a diverse array of foster and adoptive families who are prepared to accept a child’s gender identity and provide that child with the kind of gender-affirming care that is associated with improved well-being and mental health.

Research shows that youths who live in safe environments where all aspects of their identities are supported and affirmed have significantly decreased risk of suicide, as well as lower rates of depression, anxiety and post-traumatic stress. In fact, a recent study found that transgender, nonbinary and gender diverse children who were supported in “socially” transitioning — that is, allowed to express their identified gender via their pronouns, clothing, hairstyles and other gender-related markers — had rates of depression and anxiety that were no higher than controls and significantly lower than gender-nonconforming children in previous studies who lacked such support.

That is a best-case scenario. More typically, transgender, nonbinary and gender diverse children experience negative family and caregiver responses of indifference, hostility or attempts to constrain or change their gender identity or expression — all of which are significantly more likely to lead to negative outcomes such as depression, suicidality, anxiety, substance use, experiences of homelessness and involvement in the criminal justice system.

Why does this matter? Because there is a growing body of evidence that links an inclusive society (or the absence of one) to the mental health of all children. Any signal from the state that it is pulling back from an equal commitment to the health, safety and well-being of children is a call to action for all Texans.

There is certainly a rightful and important role that faith-based institutions play in the child welfare system, and there are opportunities to find common ground on balancing religious values with what the evidence base says is best for LGBTQ children.

There are sincere and honorable people on either side of this issue. However, the legal spectacle shouldn’t overshadow a crucial fact: A competent child welfare system is one that puts the best interests of the child first and relies on the best available research evidence on healthy child and youth development to guide practice and policy decision making, and takes an all-hands approach to ensuring that children in care are put on a path toward healthy, productive lives.