On the Defensive: How Policy Changes Affect Queer Mental Health 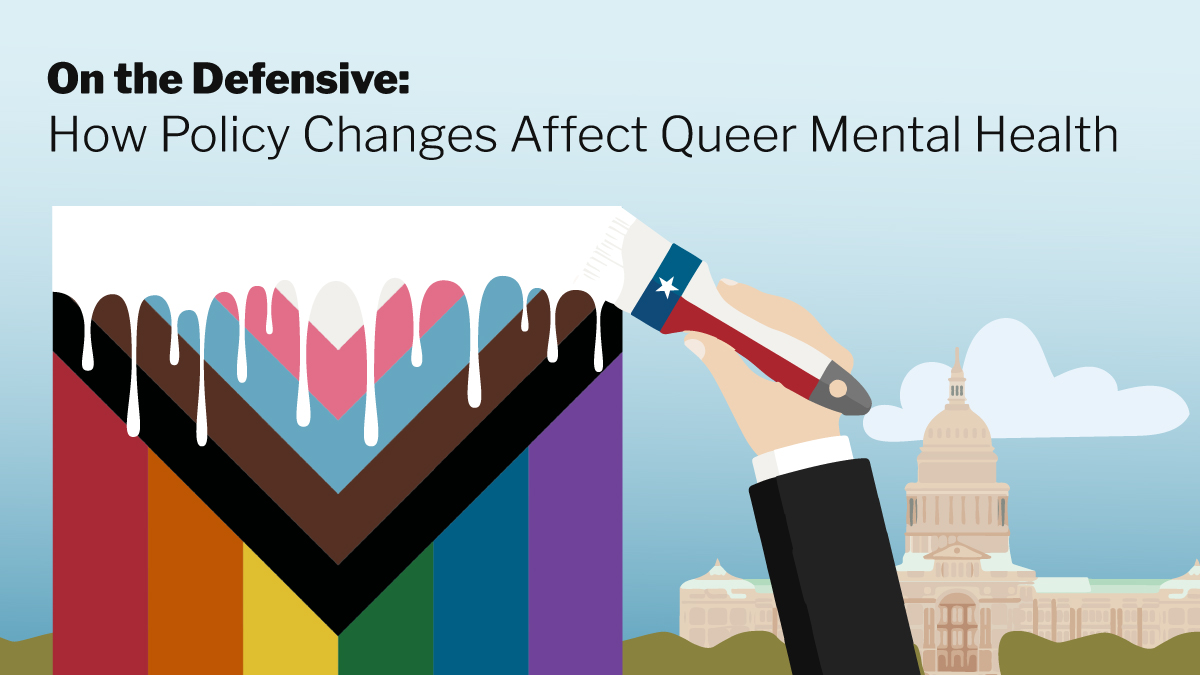 Texas legislators’ ongoing hostility toward the LGBTQ+ community has cast a shadow over Pride Month. In the midst of celebration, anti-LGBTQ+ policy and legislation, targeting transgender youth and their families in particular, havedrawn sharp attention to the lack of social acceptance and legal protection this community continues to face.

In this episode of the podcast, we speak with Texas State Representative Celia Israel and Brad Pritchett, field director of Equality Texas, to learn more about the current climate of politicized policymaking and its mental health implications. Further commentary by Heath Collins of Waterloo Counseling.

Advocates for the Queer Community

Elected in 2014, Representative Celia Israel has a strong record of supporting LGBTQ+ rights and is a founding member of the Texas House LGBTQ+ Caucus. As a member of the LGBTQ+ community herself, she also feels a strong personal responsibility to represent the specific needs of these constituents and speak up on their behalf. Most recently, she has been a committed advocate for transgender youth and their families.

Brad Pritchett works as the field director of Equality Texas, the largest nonpartisan statewide political advocacy organization working for the elimination of discrimination targeting the LGTBQ+ community, where he is responsible for addressing LGBTQ+ policy issues across the state.

As Texas’ political climate has grown increasingly hostile toward the LGBTQ+ community, targeting transgender youth and their families in particular, LGBTQ+ policy advocates’ emotional endurance has been tested.

“I feel bruised but not broken,” says Brad, and acknowledges his need to take occasional respite from work to focus on self-care.

Brad also maintains emotional resilience as he witnesses the strength and determination of transgender youth and their families.

“I can’t stop. I can’t give up because I know these families can’t give up,” he says. “We have to stand shoulder to shoulder with them.”

Representative Israel felt a need to recharge emotionally most keenly after the three back-to-back special legislative sessions of 2021 and the passage of a bill banning transgender youths’ access to sports.

“It was traumatic,” she says. “But it sharpens your edge too. Those of us who love Texas know we have to fight for Texas.” 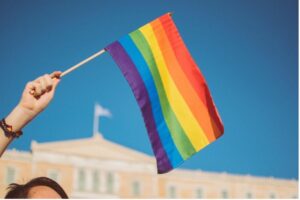 In this partisan political environment, translating the urgency of LGBTQ+ issues into language that moves legislators to act is challenging.

For Representative Israel, the most productive approach to communicating across party lines is to remain authentic to her true self. She strives to build relationships by sharing personal connections and common experiences with legislators from across the aisle.

Brad’s work at Equality Texas focuses on anticipating which policy proposals will impact the LGBTQ+ community. Countering misinformation with factual and accurate information is a priority.

“At some point we will break through on [anti-LGBTQ+] messaging,” he says.

He and Representative Israel also feel emotionally bolstered by a steadfast belief that today’s toxic political climate will eventually shift.

“I’ve been around long enough to know that this is not normal,” Representative Israel says. “We will come out of this [intense partisanship]. The fever will break.”

Representative Israel urges LGBTQ+ allies to be informed and stay engaged, noting that Equality Texas is an excellent resource for learning about calls to action and avenues for participating around policy issues. And, as always, exercising the right to vote, encouraging others to vote, and volunteering with voter registration drives are central to making positive change.

“It’s incumbent on us to clean up the mess made by the passage of these harmful bills,” says Brad. “We’re going to continue to work to make sure [transgender] kids get access to what they need.”