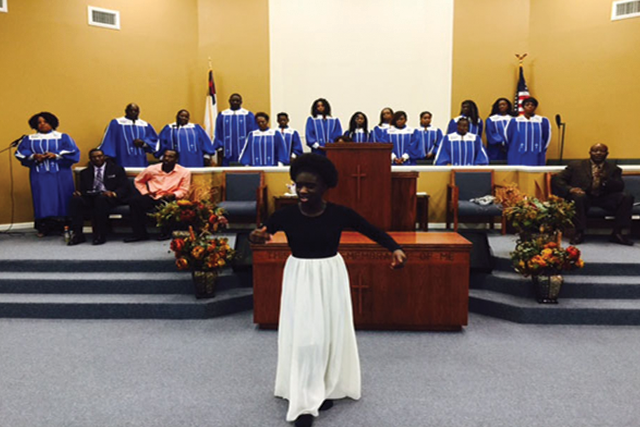 For more than 12 years, it was an uphill struggle for Eugenia Kleinpeter to locate mental health services for her children. Her eldest son, Greg—like four of his younger siblings—has special needs and spent time in the foster care system.

The initiative aims to capitalize on the unique role that churches and other faith-based organizations play in African American communities, and to use these organizations as conduits for mental health education and awareness. First launched in 2014 with $947,000 in grants distributed over three years, in 2017, the foundation added an additional year of funding, totaling $350,000, with a new focus on addressing the mental health impacts of Hurricane Harvey and other disasters.

The Rural Church: A New Role to Play

God’s Way is based in Taylor, Texas and is led by Reverend Dr. B.R. Reese. The church used its grant funds to create a program called Wellness and Empowerment Community Ministries (WECM), which offers church members a range of programs that help address psychological and spiritual needs.

For Eugenia Kleinpeter, God’s Way’s investment in mental health is paying dividends for her son Greg. Youth-oriented activities—pizza parties, bowling nights, and other fun-filled diversions—are combined with mental health education and guidance. “They don’t stigmatize people there,” she said. “God’s Way truly embraced my children and encouraged them to use their talents.”

The God’s Way approach mirrors that of the other faith-based grantees. What they each have in common is years of involvement and earned credibility in the eyes of the people they serve, an ability to serve as a connector between congregants and available mental health services, and a willingness to innovate new programs and approaches where they don’t currently exist.

For faith leaders and faith communities, involvement with the foundation is mutually beneficially. They are making strides in their ability to support individuals who have mental health needs, and openly acknowledge that certain traditional responses, such as the advice to “just pray it away,” spread misconceptions around mental health and further stigmatize those who need adequate mental health services and supports.

The Ripple Effect: A Community That Supports Well-Being

The faith-based initiative is part of the foundation’s larger effort to build upon existing community strengths to enhance overall well-being. It also leverages the evidence base we have about how to do more than just infuse dollars, but to foster relationships that live beyond the grant term.

Despite the church’s modest size, positive word of mouth about God’s Way has traveled far and wide, catching the attention of pastors in nearby communities who voice curiosity and admiration about WECM. “The perimeter of what we’re doing at God’s Way far outreaches the four walls of the church,” said Dr. Reese. “It’s regional and more profound.”