This blog was co-authored by Will Francis, LSMW, Executive Director for the National Association of Social Workers, Texas Chapter. 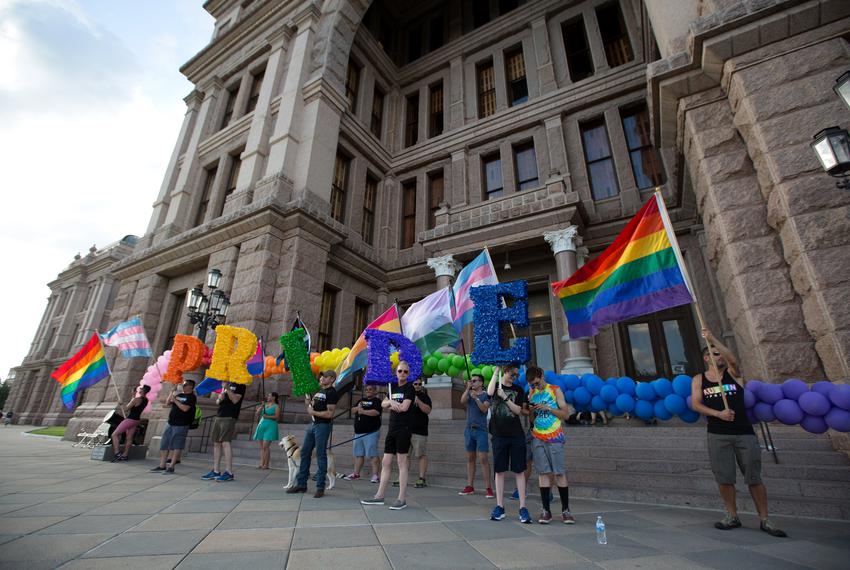 Anti-discrimination protections for lesbian, gay, bisexual, transgender and questioning (LGBTQ) and disabled Texans are once again safe from any unwanted changes after the Texas State Board of Social Worker Examiners (TSBSWE), decided to retain anti-discrimination protections in the Code of Conduct during their July 9th meeting. Social workers across the state and nation celebrated this decision after expressing broad opposition to any changes to the Code of Conduct.

On June 14, 2021 Attorney General of Texas Ken Paxton issued a nonbinding opinion scrutinizing a section of the social workers’ Code of Conduct that allows the TSBSWE to take disciplinary action against a social worker who turns away clients on the basis of disability, sexual orientation or gender identity and expression. The Attorney General opined that these anti-discrimination protections, which are directly based on language in the National Association of Social Workers (NASW) Code of Ethics, exceeded the protections laid out in the social work statute. These protections were recommended for removal from the Code of Conduct initially by a rules review from the Governor’s office, only to be restored two weeks later following immense backlash from social workers, lawmakers and advocates.

Now, the Texas chapter of the NASW is praising the TSBSWE for listening to voices from the profession and beyond and retaining the anti-discrimination protections as currently written. It was abundantly clear that removing anti-discrimination protections for persons with a disability or those who identify as LGBTQ+ would have set a dangerous precedent for the autonomy of the TSBSWE and its ability to create ethical guidelines for the profession. There was broad agreement in the mental health field that any changes to the anti-discrimination language could deter those in need of support from seeking much-needed services. Studies show how stress related to COVID and social unrest across the U.S. have hit communities hard, and exacerbated the already great need for mental health and social work services. At a time when Texas should be increasing access to services, any barrier to someone seeking care from a social worker could result in drastic consequences.

There are roughly 26,000 licensed social workers in the state of Texas. Though often under recognized, they are an essential part of the state’s mental health workforce and engage with a diverse range of clients in a wide variety of settings. The Code of Conduct already allows a social worker the opportunity to decline to provide services to a client based on the professional experience of the provider. To wit: “A social worker shall only offer those services that are within his or her professional competency and shall provide services within accepted professional standards of practice, appropriate to the client’s needs.” Clearly, there is nothing in the current Code of Conduct that binds a given social worker to a given client.

The rule prohibiting anti-LGBTQ discrimination remains intact but the Attorney General shares in his opinion that he thinks the rule is unwarranted and may even be vulnerable to future court challenges. The implication is clear: the social work profession’s strong norms of equality place it at odds with other currents of opinion in our state, and this may not be the last time Texas social workers have to stand up for their values.

We are grateful that the current Social Work Code of Conduct remained intact, maintaining a visible commitment to social work principles and ideals by affirming that discrimination will not be allowed. Social workers will always stand up for justice and the right for all persons to access services, and the Code of Conduct reminds us all that no one seeking help should ever be turned away in Texas.