On August 12, the 11th Circuit Court of Appeals ruled that the individual mandate to purchase health insurance in the federal Patient Protection and Affordable Care Act is unconstitutional. Judge Frank Hull’s opinion marks the second time a federal appeals court has weighed in on the provision’s legality and the first negative treatment by an appeals court in the act’s brief but tumultuous legal history. The law’s constitutionality is destined to be decided by the Supreme Court, perhaps in the midst of the 2012 presidential election.

Whether the provision passes constitutional muster has significant implications for people experiencing mental illness. The issue is whether Congress can require individuals to purchase “minimum essential [health insurance] coverage” and impose fines on those who don’t. If the courts view failure to purchase coverage as economic activity, then the provision fits squarely within Congress’s authority to regulate under the Commerce Clause. If, however, the courts define it as a non-economic activity, the individual mandate will likely be found unconstitutional and beyond the scope of Congress’s powers.

Opponents of the law argue that imposing a fine on individuals who don’t make an actual purchase exceeds Congress’s authority. They see the failure to purchase health insurance as a simple decision not to enter the insurance market and a non-economic activity. 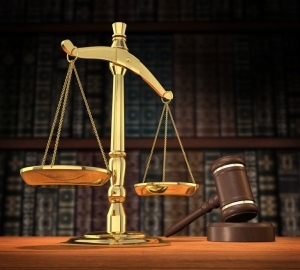 To succeed at the highest court, proponents must argue that the individual mandate represents a permissible regulation of real economic activity and falls within the federal government’s ability to regulate the activities of its citizens. Their success or failure will have drastic consequences for many individuals experiencing mental illness.Proponents argue that the failure to buy health insurance is economic activity because individuals who don’t purchase health insurance receive a “free ride” from those who insure against their own illness. The uninsured will experience illness at some point in their lives. When they do, they will rely on a robust medical system sustained by  those who have already purchased insurance.

The individual mandate is arguably necessary for guarding against some unintended consequences of other provisions in the health care act. Currently, insurers can refuse to sell policies to adults with pre-existing mental health conditions. This skews the game in favor of the insurer. Insurers prefer to sell policies to people who don’t use the coverage. Those most in need often are left without a realistic means of paying for treatment. When other provisions in the act take effect in 2014, insurers will no longer be able to refuse coverage based on pre-existing conditions. This skews the game too far in favor of the purchaser. Those who need health insurance the least may not purchase adequate coverage, resulting in more people using costly or high-frequency services in the insurance market. Consequently the price of insurance may increase, once again forcing many of those most in need out of the market and without coverage for mental illness. The individual mandate might level the playing field between insurer and purchaser and help contain the costs of insurance.

Many aspects of the health care act are likely to help people experiencing mental illness regardless of the individual mandate’s constitutionality. The law’s expansion of Medicaid, emphasis on prevention, and support for integrated care come to mind.  However, only time will tell if the act as a whole will be an effective tool for reforming the health insurance market – especially if cornerstone provisions are removed.