“What really continues to stand out the most is the fact that everyone in the community seems to be coming together to really tackle and address this particular issue. They’re talking passionately about it and they’re really ready and anxious to do something about it.” 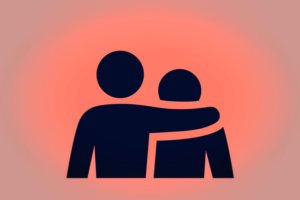 The troubling issue of youth suicide has emerged as a top-level concern for the community of Brooks County, Texas. Located in far South Texas, Brooks is one of the most underserved regions in the state. Ranked next-to-last out of 242 Texas counties ranked on overall health outcomes by Robert Wood Johnson Foundation, Brooks County has a 32 percent poverty rate amid a 90 percent Hispanic population.

The month of September is Suicide Awareness Month. We’re taking a look at suicide as a community-level problem, one that calls for community-level solutions. April Anzaldua, Project Director for the Behavioral and Health Outreach Leadership Development (BHOLD) Project, joins us for a discussion of the challenges and strengths of Brooks County youth in the context of her collaborative work.

What Youth are Saying

In her discussions with Brooks County youth, said Anzaldua, two issues have come to the forefront: the need for positive social options and the burden of responsibility many youth in the community feel for their peers.

“They continue to ask for things to do and places to go that are safe and healthy outlets for them,” said Anzaldua. “They once had a movie theater, even a Walmart. Normally we don’t think that that’s a place to go and hang out, but that was one of the highlights of their day.”

Lacking such social resources, young people experience boredom and loneliness that all too easily turns into sadness and depression, said Anzaldua.

The poor mental health and lack of well-being supports can be felt, not just by individuals, but by the entire peer group.

“They themselves carry a huge weight on their shoulders when their peers talk to them about the issues that they’re facing,” which includes depression and thoughts of suicide, said Anzaldua. “They want to know that they can talk to somebody, they want to know that they can refer their friend to somebody but they don’t know where to go, they don’t know who to trust.”

Community members are galvanized around the issue of youth suicide, and many are now rallying to the BHOLD banner, said Anzaldua.

“Brooks County has many strengths, but what really continues to stand out the most is the fact that everyone in the community seems to be coming together to really tackle and address this particular issue,” said Anzaldua. ”They’re talking passionately about it and they’re really ready and anxious to do something about it.”

The BHOLD Project is a grantee of the Hogg Foundation’s Collaborative Approaches to Well-being in Rural Communities (WRC) grant initiative. Like their fellow WRC grantees, BHOLD is a multisector collaborative whose work aims to address the root causes of poor mental health at the community level. For Anzaldua, this means convincing community partners to channel their energy around issues like suicide prevention into the collaborative process.

“Even though they they’re extremely anxious to do something and implement a strategy immediately, they’ve really been dedicated in showing that they’re very committed to not losing another teen to suicide, and really creating an educated, prosperous, strong and health community,” said Anzaldua.

The Scope of the Problem

According to Anzaldua, there is a lack of official data on youth suicide in Brooks. This lack can only be overcome by community members doing the legwork themselves to gather more information.

“It can only be done through testimonials and interviews and meeting with local residents to really develop our own survey data, getting our own estimates because they’re just not done for small rural communities like some of your urban areas,” said Anzaldua.

BHOLD conducted a community assessment consisting of a survey of over 1000 residents and over 100 interviews. This assessment provides a baseline snapshot of community needs and sets the stage for any future planning.

“We really need to continue to find ways to look at these trends and continue to collect this data,” said Anzaldua.

The Potential for Leadership

One silver lining to the youth suicide issue is that it acts as a catalyst for youth leadership. In finding their voice, the outspoken youth of today grow into the community leaders of tomorrow.

“Some of the older adults look at them as the future of Brooks, and I notice that they’re really taking that by the reins and stepping up,” said Anzaldua. “They’re really doing it in a way that I think is making some waves.”