“The core of cultural competence is the ability to let go of what you think, and instead be able to listen to what another thinks.” – Dennis Mohatt

In 2017, the Hogg Foundation for Mental Health began to take a hard look at ways to work and learn alongside rural communities to promote conditions that support mental health. This led to a new grant initiative called Collaborative Approaches to Well-Being in Rural Communities (CAWRC) that has the goal of supporting collaborative learning, planning and action to transform mental health in five counties in Texas.

We have long recognized the rural community as an underserved population. According to the foundation’s 2015 edition of the Mental Health Guide: Understanding Systems and Services in Texas, 185 Texas counties lacked a single psychiatrist, essentially leaving over three million Texans without practical access to care. Further, 149 of these counties were without a licensed psychologist, while 40 lacked a single social worker. 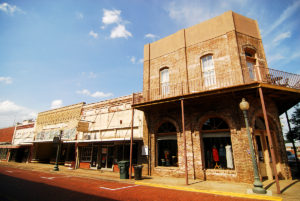 Mohatt notes that in rural communities people often operate in person-to-person arrangements. This requires a shift in perspective and greater personification of the people involved in health collaboratives. For example, you’re not working with “social services” or “the catholic church.” You’re working with Molly and Father Joe. As a result, trust needs to be built at an individual, personal level.

Further, Mohatt advises that when engaging with a new community, to approach with humility and a sense of openness and curiosity. “Rather than coming to the table with what you’re going to do. You need to come in ready to listen to what your [local] partners want to do,” he says.

Grantees of the CAWRC initiative are expected to intentionally involve historically excluded populations in decision making processes. Mohatt highlights the importance of not only getting the right people at the table, but also asking “who else do we need to bring?” and asking them to bring in those local people. Arrangements are made in a more informal manner than urban counterparts are sometimes accustomed to. However, with personalized agreements, there also comes more endurance.

In a final piece of advice, Mohatt reminds us that there isn’t “one rural” just like there isn’t “one urban.” And while there will be collective learning and commonalities across the five rural communities that the foundation is engaged in through CAWRC, each one has its own culture and micro culture, underscoring the importance of an open and curious approach.

Many of the same stigmas that exist everywhere regarding mental health are apparent, and magnified, in rural communities. “I don’t believe that rural people have more stigma than urban people. However, what is harder is the lack of anonymity,” says Mohatt. In small and tight-knit communities, you will bump into the person who runs the mental health center at the grocery store or at church.

Mohatt advises mental health providers and funders alike to be slow and deliberate to help build the trust that enables people to talk about things that are difficult to talk about. He cautions that you cannot start with the difficult conversations. As is often the case in behavioral health practices, you must first build the trust of the people you’ll be working with before beginning a collaboration or implementing changes.