“We tend to think that settler colonialism and trauma happened so many centuries ago and that it is no longer relevant, but I would encourage people to critically interrogate what it means to experience intergenerational trauma.” 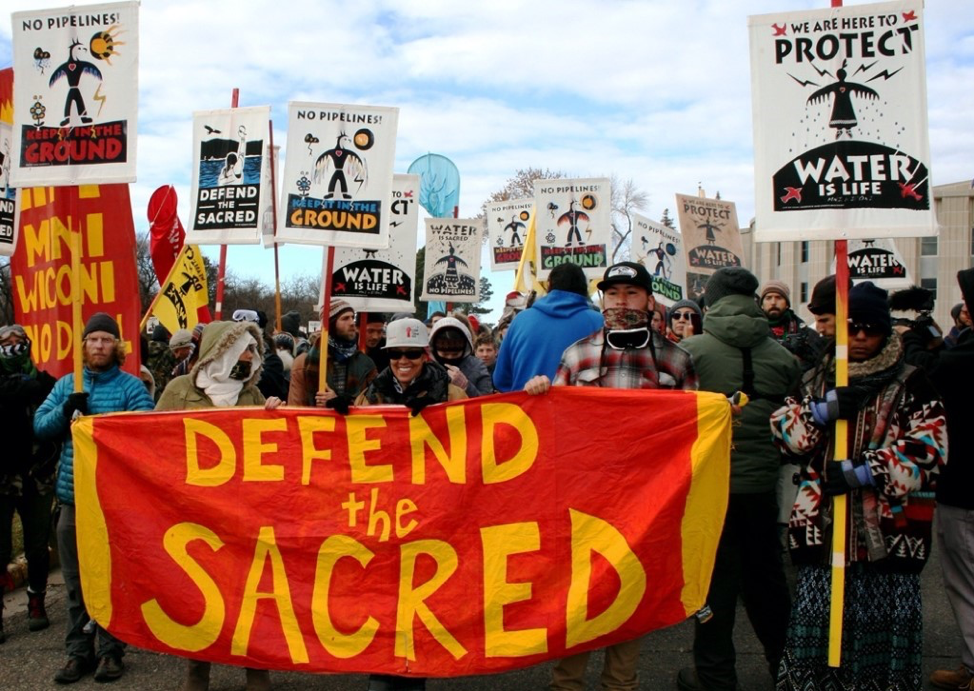 For many indigenous Americans, Thanksgiving is not just problematic — it commemorates genocide, dispossession, forced removal, and cultural erasure. This emotional gauntlet has mental health implications that we will be discussing in this episode. For this discussion, we are joined by Angela Vela-Arce, master’s student at The University of Texas (UT) at Austin School of Social Work and director of the Native American and Indigenous Collective, which is part of the Multicultural Engagement Center at UT Austin. Angela brings a perspective on indigenous mental health that speaks to the experiences of young people and indigenous students on campus.

Angela has observed an “awakening” in youth who want to learn more about their heritage and where they come from, especially youth who identify as Hispanic, Latinx, or Mexican and Mexican-American. “We have been forcibly removed from our homelands,” says Angela, who grew up in the Texas-Mexico borderlands. “As a result, we may not really know what our tribes are or where we come from exactly.” The pursuit of this knowledge has led some Texas youth like Angela to seek to reclaim and express their indigeneity.

As an undergraduate English major at UT, Angela became more and more interested in how health was represented in stories by indigenous authors and Mexican-American authors. “What does this mean? Why are we talking so much about healing and illness?” she asked. Angela references the formative experience of reading Gloria Anzaldúa’s Borderlands, which refers to the US-Mexico border as “an open wound.” Having grown up in a borderland herself, Angela recognized how segregation and borders influenced violence and mental health issues – issues that are salient across the borderlands. Reflecting more on her own upbringing, Angela reconnected with the indigenous values and teachings of her grandmother, who comes from a small indigenous community north of Laredo, Texas. “I realized how important indigenous medicine and curanderismo was to me,” Angela tells us, “and how much these practices were centered on the health and wellbeing of people – on helping people and healing people.”

When talking about Thanksgiving, Angela is reminded of the footage of police officers spraying fire hoses at indigenous people and water protectors at Standing Rock during the week of Thanksgiving back in 2016. “We tend to think that settler colonialism and trauma happened so many centuries ago and that it is no longer relevant, but I would encourage people to think beyond that and to critically interrogate what it means to experience intergenerational trauma.” Since the 1970s, the National Day of Mourning has existed as an alternative to Thanksgiving. Angela describes the kind of mourning indigenous people experience as “disenfranchised grief,” because society often delegitimizes forms of grief or loss that do not conform to Western norms. The passing of an elder or the loss of a cultural connection can be experienced by an entire community as a compounded, secondary loss that is heightened and distinct. One way we see this play out is in the Thanksgiving myths about the coming together of the Indians and the Pilgrims for a happy feast. “This is a very strategic way of silencing indigenous voices and suppressing the ways in which we experience grief over the loss of our homelands.”

One of the most powerful tools for resisting this erasure and disenfranchisement is to care for oneself, Angela tells us. “A lot of us have our own different communities or rituals or traditions that help remind us of who we are as individuals and as people who are part of a larger fabric of a community,” she says. “What helps me in taking care of myself is remembering my roots, remembering where I come from. I am the granddaughter of a farm worker who didn’t have an education beyond middle school but taught me so much about how to take care of my health in an emotional, intellectual, mental, and physical way. Taking care of myself helps me take care of others.”