This op-ed was authored by Dr. Octavio N. Martinez Jr., executive director for the Hogg Foundation for Mental Health and senior associate vice president for diversity and community engagement at The University of Texas at Austin.  It was originally published by TribTalk, a publication of The Texas Tribune. 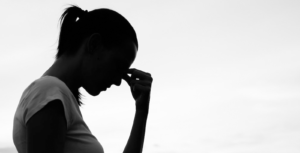 These grim figures are provided by the World Health Organization (WHO), who have joined with partner organizations to make this year’s World Mental Health Day devoted to suicide prevention. They are calling for “40 seconds of action” around the world to raise awareness of the scale of the problem and the role each of us can play to prevent it.

Suicide prevention isn’t just about saving individuals. It is a global mission to transform our quality of life and promote our shared humanity in a time of division and rampant inequality. According to WHO figures, 79 percent of suicides occur in low- and middle-income countries. And it doesn’t strike every age group equally: among 15-29 year-olds suicide is the second-leading cause of death.

Each suicide is intensely personal, but the upstream causes of poor mental health—economic instability, fraying social support networks, environmental neglect, lack of access to health care—are broadly felt. For those most unfortunate, we can also add war, famine, pandemic disease, and other forms of upheaval to the causes of trauma and despair that can lead to suicide and suicide attempts.

Whichever end of the problem—individual or social—one chooses to focus on, our message is the same: That everyone should understand the importance of mental health, the factors that influence it, and the power they have to change those factors for the better. In short: 40 seconds can change the world.

How? For starters, anyone can initiate a conversation with someone who may be struggling. Anyone can share a message of hope either privately (with a friend or loved one) or publically (by creating social media posts or speaking out about the problem at local events). For those who work in media, it’s simple to highlight the 40-second statistic in interviews, articles and broadcasts. An employer or manager can model kindness and supportiveness in the workplace.

But there’s so much more we can do. Right now, 38 countries have a national suicide prevention strategy. The U.S. National Suicide Prevention Strategy was crafted in 2012 through a joint effort by the Office of the U.S. Surgeon General and the National Alliance for Suicide Prevention. Many of its recommendations have, if anything, become more urgent:

These solutions demand that we widen our lens beyond individual prevention and put our empathy to the cause of concerted, collective action. To be sure, it will take a level of both long-term planning and a willingness to pull together for the common good that is rare today, at least at the national level. And treating suicide like the public emergency it is will require constructive dialogue around hot button issues, like access to guns, about which the track record of our political leaders doesn’t inspire confidence.

But try we must. Consider the alternative: In the U.S., there was over 47,000 deaths by suicide, according to the National Institute of Mental Health. The suicide rate has been ticking upward over the last decade, with causes attributed to opioid addiction, economic despair, and loneliness in midlife. We squander the love that already exists in people’s hearts by not backing it up with decisive public action.

In the meantime, everyone should make good use of their “40 seconds” today. This blog post contains a list of resources and helpful actions people can take. Also, you can be inspired by how one community in Texas is responding to youth suicide and depression.

Forty seconds is just enough time to make a difference. It can also be the pivot point for a new national consensus that makes our communities happier, healthier, and more equal.