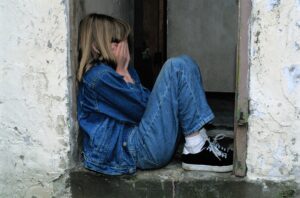 Children in state custody have experienced maltreatment, neglect, and family disruption. Thus, behavioral health systems serving these children need to be trauma-informed. Fortunately, there is a national movement underway with initiatives to promote trauma screening, training, and services. However, it has been noted that adoption of a trauma perspective requires a paradigm shift in the field of mental health, moving the central question from, “What is wrong with you?” to “What happened to you?”

The Diagnostic and Statistical Manual of Mental Disorders (DSM-5) is the foundation of diagnosis in the mental health system in the U.S. It identifies mental health disorders by attaching a name to a cluster of behavioral health symptoms deemed pathological rather than normal (Pickersgill, 2014). While a few diagnoses include a causal factor (e.g. PTSD), the vast majority do not (Frances 2013). Thus the prevailing model of mental health characterizes disorders as psychological or biological malfunctions (e.g. chemical imbalances in the brain) (Whitaker, 2010). Treatment protocols typically focus on therapies to affect thought processes (CBT) and/or brain function (psychotropic medication).

By contrast, the trauma perspective proposes that social, emotional, and behavioral health problems logically flow from traumatic experiences (SAMSHA, 2014). Symptoms such as depression, anger, and inattentiveness are viewed as reasonable reactions to, or even adaptive solutions for, trauma (Elliot et al, 2005). The disorder is located in the environment, not the individual. Consequently, services focus on helping children process their trauma histories. While these frameworks appear diametrically opposed, the current strategy is to add a trauma perspective to the existing system in order to create a biopsychosocial model of mental health. However, a recent evaluation reveals the challenging nature of this task.

In 2014-2015, the Hogg Foundation sponsored an evaluation of a behavioral health program for children in kinship care. The evaluation explored whether the current system is trauma- informed. Data were gathered from a variety of quantitative and qualitative sources. These data demonstrated that staff were trained in and experienced with trauma. However, the DSM was a persistent barrier to implementation. There were points of confrontation and the DSM system ultimately ignored, defeated, or co-opted the trauma perspective (Watt 2016).

First, providers typically use screening tools that guide them towards the most common DSM diagnoses (eg. ADHD, depression). Screening tools for these diagnoses capture symptoms but not trauma (e.g. Vanderbilt). Second, treatment utilization is reduced when a diagnosis of mental illness is required to receive services. Kinship caregivers were frustrated that trauma was typically excluded from diagnostic determinations and sometimes avoided treatment because of it. Caregivers worried about stigmatizing labels and misdiagnosis. They stated that the labels “make people think these kids are crazy”. We also learned that it is so difficult (and risky) to apply DSM diagnoses to young children that providers rarely treat them. Consequently, 99 percent of children age five and younger received no mental health services. Finally, data revealed that Adjustment Disorder (AD), one of the few diagnoses that references a stressor, was a common diagnosis (40 percent). However, AD defines the child’s reaction to the stressor as abnormal and thus is not an authentic application of the trauma framework. In addition, medication rates for AD did not differ significantly from those of other disorders such as depression, despite the fact that medication is not advised for AD (Carta et al 2009). Thus, AD allows providers to acknowledge trauma, but only by subsuming it within the existing rubric of malfunction and mental illness.

Data from a single site evaluation are not generalizable. However, the Hogg-sponsored study raises the question: Are there irreconcilable differences between the trauma perspective and the DSM? To help answer this question, Dr. Laurie Seremetis, a trauma-informed child psychiatrist, offers her perspective. Dr. Seremetis notes that the DSM does have limitations. However, she finds it to be a useful guide capable of being merged with a trauma perspective.

Seremetis notes that what was once adaptive for kids in traumatic situations (e.g., dissociation) may no longer be so once they are out of them, and thus while it is “normal” or understandable, it is no longer in the child’s best interest (i.e., has become “pathological”). Second, she notes that trauma screening tools are available — they just need to be more widely used in the evaluation process. Third, there are billable diagnostic codes in the DSM that are specific to and emphasize the etiologic role of trauma (e.g. Unspecified Trauma- and Stressor-Related Disorder, Reactive Attachment Disorder) but providers are often unaware of them. Medication of children with AD may be for co-occurring diagnoses such as depression or anxiety, and thus isn’t inherently problematic. And medication is sometimes necessary to reduce serious behavioral problems such as self-harm or aggression, regardless of the diagnosis. She points out that there is a serious shortage of evidence-based trauma-informed therapists (especially those who take Medicaid), leaving more to medication treatment than is desired.

Finally, Seremetis sees a major challenge for trauma-informed systems of care being to mitigate or overcome the limitations imposed not only by the DSM, or a strict medical model, but by any polarization and failure to grow and adapt with new evidence and interdisciplinary perspectives. Just as our patients are not served by invalidation, denial, and polarization, neither are the systems that serve them. We need to integrate and evolve in order to do better by them.

Criticisms of the DSM are numerous and efforts are underway to replace it. However, children need help now, and so we must do the work necessary for reconciliation. Dr. Seremetis’ position is encouraging as it reveals that there are bridges between the two perspectives, they are just under-utilized. However, the evaluation data discussed reveals that there may be areas of open water where bridges need to be built. This includes helping clients process their diagnoses within a recovery framework, workforce development and funding for trauma-focused therapies, and determining if medication should be a first course of treatment for children whose diagnoses revolve around recent trauma.

Children in state custody have high rates of trauma and are uniquely vulnerable to it. While many are working to make the behavioral health system trauma-informed, this is a complex endeavor. Additional research and dialogue is needed about how to achieve system change so that abused and neglected children’s trauma histories inform and influence the services they receive.

Dr. Laurie Seremetis is an Austin, TX-based child psychiatrist. Dr. Toni Watt is a professor in the Department of Sociology at Texas State University.