Seizing the opportunity to transform our state hospitals 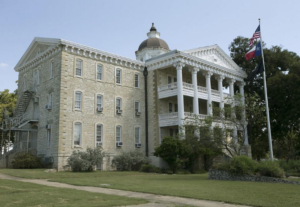 This op-ed was co-authored by Dr. Stephen Strawkowski, associate vice president for regional mental health and chair of the Department of Psychiatry at the Dell Medical School at The University of Texas at Austin, and Dr. Octavio N. Martinez Jr., executive director for the Hogg Foundation for Mental Health and senior associate vice president for diversity and community engagement at The University of Texas at Austin. It was originally published by the Austin American-Statesman.

Austin State Hospital, a 263-bed psychiatric hospital built in 1861 that serves a large area from central to southeast Texas, sits on a 95-acre campus in the geographical center of our state’s capital. Like our understanding of mental health, it is receiving a long-overdue update: the 85th Texas Legislature appropriated $300 million to begin revamping our weary state hospital system, including $15.5 million to plan a redesign of the ASH campus.

Thanks to the hard work of our partners at the Texas Health and Human Services Commission and legislators who have answered the call for a better way, we are on the verge of a historic breakthrough in mental health care in Texas. ASH can now evolve into a cornerstone for an improved system of collaborative, person-focused care that promotes recovery across Central Texas.

For that to happen, we need to build on what we’ve achieved. We are now at the beginning of Phase II of the redesign effort. The state must now weigh proposals for state hospital renovation and construction, including ASH. At this key moment we must not lose sight of two core principles:

We’re not just building a building, we’re designing a continuum of care. Our understanding of what people need has changed so much since our state hospitals were first built over a century ago. The ASH Brain Health System Redesign calls for the construction of a new hospital facility, but a true “institution” of mental health is not a stand-alone building, walled off from the surrounding community. Rather, it is a meeting place for the different systems that impact a person’s well-being and a venue for their effective collaboration.

Take supported housing as an example. Over 25 percent of ASH’s current capacity is filled by individuals staying in the hospital longer than a year and many of those significantly longer. Keeping these individuals in a hospital setting is expensive, largely ineffective, and denies them a path to recovery that includes reestablishing the social and community ties that are vital to well-being.

These considerations are why our proposal calls for scaling up supported housing and other community-based approaches. Supported housing includes infrastructure that helps people keep appointments, medication assistance, rental assistance and employment services. Not only is this less expensive over the long run, but it demonstrates the level of coordination needed to optimally support people on their road to recovery and prevent relapse.

Mental health is powerfully influenced by genetics and neurobiology in ways that we are just beginning to understand. At the same time, there is an unprecedented degree of interest in early intervention and prevention of mental illness. Texas should join our emerging understanding of the different factors (individual, community-level and systems-level) that impact well-being, and give the people working in this space (providers, consumers and families) the chance to put that knowledge to good use.

To be sure, designing a system of brain health costs money. But consider the costs of doing nothing. Texas spends $2 billion a year in emergency room and justice system costs to address mental illness and substance use problems, according to the Texas Judicial Council. It’s a simple equation: a continuum of care plus innovative approaches equals better return on investment for the people of Texas.

It isn’t effective for people with mental health challenges to try to fit into the systems we’ve created. It is time to design a modern system that meets their needs. To seriously do this work, we must all be ready to be transformed — as individuals, institutions, and systems. The ASH redesign is a great first step.