The Political Abuse of Psychiatry Against Dissenting Voices 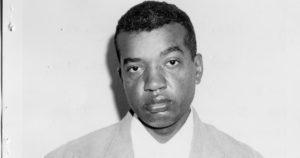 February is Black History Month, a time for both celebrating the achievements of African Americans and for acknowledging the United States’ long and complicated legacy of African American persecution. One particularly ugly strand of that history is the legacy of using psychiatric diagnoses to politically abuse, discredit, or institutionalize African Americans whose ideas or activities posed a threat to established order, sometimes known as “punitive psychiatry.”

The issue became prominent in the Soviet Union in the 1970s and 1980s when the systematic political abuse of psychiatry led to one third of political prisoners being locked up in psychiatric hospitals. Doctors would diagnose political dissenters with “sluggish schizophrenia,” describing what was claimed to be a form of the mental disorder characterized by a slowly progressive course, explaining why patients might show no symptoms of schizophrenia or any other psychiatric disorder at the time of diagnosis. Patients suffering from this form of schizophrenia, which has long been discredited for its scientific inaccuracy, were said to exhibit “grandiose ideas of reforming society,” along with other symptoms like “reform delusions,” “struggle for truth,” and “perseverance.”

United States history is scattered with examples of the application of psychiatric diagnoses to reinforce power relations in society. As early as 1851 the American physician Samuel A. Cartwright hypothesized that the cause of enslaved Africans fleeing captivity was a mental illness known as “drapetomania.” As a “remedy” for this “disease,” Cartwright prescribed the removal of both big toes, making running a physical impossibility.

During the Civil Rights era, African-American pastor and activist Clennon W. King, Jr. tried in vain to enroll in the all-white University of Mississippi for a summer graduate course in 1958. The Mississippi police arrested and confined King to a mental hospital for twelve days on the grounds that “any n*****r who tried to enter Ole Miss must  be crazy.”

In 1968 a new version of the American Psychiatric Association’s Diagnostic and Statistical Manual of Mental Disorders (the DSM-II) featured a strong redefinition of schizophrenia to include new terminology, including the terms “projection,” “projected anger,” “anger,” and “hostility” – terms often used to describe the actions of protestors and civil rights activists. In his book The Protest Psychosis: How Schizophrenia Became a Black Disease (2011), psychiatrist and cultural critic Jonathan Metzl shows how these revisions established a link between African Americans and schizophrenia that was so strong that by the 1970s, it could be seen easily in advertisements for anti-psychotic drugs that featured African imagery and depictions of “belligerent” black men in urban environments with clenched, Black Power fists.

Unsurprisingly, there are many historic examples of African American leaders whose mental health status has been called into question by those who wish to brandish psychiatric diagnoses to discredit their calls for societal reform. According to declassified documents, the FBI diagnosed Malcolm X with “pre-psychotic paranoid schizophrenia” and highlighted his “plots” to overthrow the government. Commentators have noted that even if figures like Malcolm X did display paranoid symptoms, the cause is now tragically obvious, as history shows that the government really was profiling him and tapping his phone.

Using and abusing mental health diagnoses in this way undermines the cause of mental health care and the goal of achieving health equity. When political dissent is misrepresented as clinical psychosis, activists and patients both suffer. Manipulative psychiatry contributes to the stigma surrounding mental health and perpetuates unfair power relations within society. Mental health care tools should not be used to silence the voices of those who wish to challenge the status quo. It is vital that no matter what a person’s experience is, they feel safe to share and do not censor themselves for fear of being mischaracterized or (worse) turned into a target.