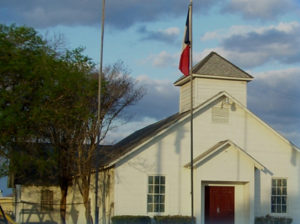 The Hogg Foundation offers its deepest condolences to those impacted by the shooting in Sutherland Springs, and for the lives lost. Our hearts go out to our friends in the San Antonio area, the members of First Baptist Church, and anyone else affected by this tragedy.

Several details about the shooter have emerged that have led many to speculate about his mental health. We believe that accurate information is an important part of coping and resilience, and that misplacing blame for these egregious acts of violence hinders healing and emboldens stigma surrounding mental health.

For example, the shooter’s history of domestic violence likely played as big a role in disposing him toward lethal violence, if not more so, than his mental health history. A statement from the Texas Council on Family Violence makes clear the links between domestic violence and mass shootings. Here’s a key quote:

“We continue to underestimate the reach and devastation of domestic violence. Seeing it only as a microcosm, as something that happens privately between two people. Yet domestic violence thrives in the silence and obliviousness we give it. Only when we confront the very conditions which allow domestic violence to exist will our homes, public spaces and places of worship be truly safe.”

Dr. Joel Dvoskin, a friend of the Hogg Foundation and a nationally known expert on gun violence, urges people to see the problem through a public health lens, rather than further stigmatize people living with mental health conditions. To quote Dr. Dvoskin:

“When someone kills eight people that they don’t know for no apparent reason, it’s easy to sell the idea that, ‘Obviously they must have been crazy.’…But in fact, relatively few of the perpetrators of mass homicide are mentally ill, using the term properly defined as ‘serious mental illness.’ What they have in common is they were all in horrible emotional crisis. But the notion that emotional crises only happen to people with serious mental illness is horribly misguided, and it’s prevented us from responding in a competent and timely way to these emotional crises that can happen to anybody.”

For more from Dvoskin, check out these short videos.

If you or someone you know needs help with coping, call the Disaster Distress Helpline at 1-800-985-5990. For those who would like to help, here is a short list of things you can do: