So You Want to Impact Mental Health Stigma? Here is Your Chance! 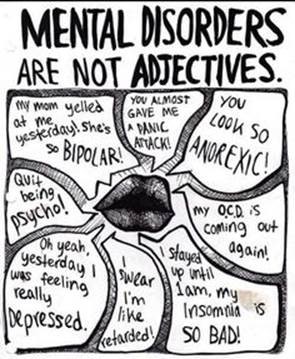 A recent Huffington Post blog post titled We Are People ­­– Not Addicts, Criminals, Inmates, and Convicts by Jag Davies of the Drug Policy Alliance highlighted that today, many media outlets (including some of the most respected and recognized outlets), continue to use inaccurate and offensive language when covering important issues. In taking the industry in a step in different direction, in 2013 the Associated Press announced that it would no longer use the term “illegal immigrant,” the rationale being that labels tend to define people by a single behavior or condition versus using terms and accurate descriptors that humanize the people the media outlets are writing and reporting about.

The Hogg Foundation for Mental Health, along with many other state and national associations, served as leaders to promote and model “person first” language when talking about mental health and other health related conditions. In 2011, the foundation developed a brochure titled “Language Matters in Mental Health.” The brochure emphasizes people-first language, meaning to literally put ourselves and others first in a sentence. For example, instead of referring to someone as “mentally ill” or “the mentally ill person,” the more appropriate, respectful phrase is “a person with a mental illness (or mental health condition).”

Some important facts about mental illness and recovery:

So you want to impact mental health stigma? Here’s your chance! The Associated Press is currently working on the 2015 edition of the Stylebook and has issued an open call for suggestions for new or updated entries. The AP Stylebook is considered the definitive reference for journalists, setting industry standards for language, usage and journalistic style. The deadline for submissions is October 31. This is a great opportunity to provide the Associated Press your suggestions their Stylebook few could make the cut and get integrated into the 2015 guide. Be a change agent and educate the AP on the importance of person first language! Submit your suggestions today!