“We have to be careful about pathologizing sadness and believing that depression is a normal part of aging—because it isn’t,” Carly Bassett says. “We see a lot of older adults living very rewarding, active lives.” 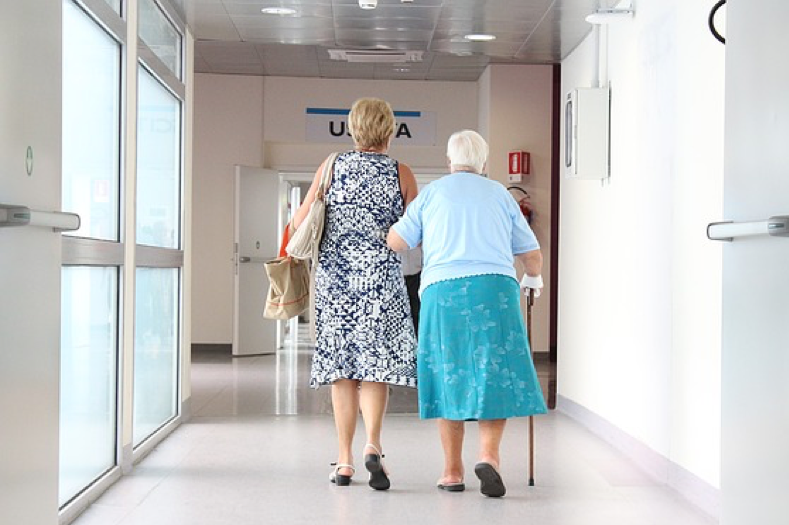 By 2035, the U.S. Census Bureau predicts, the portion of the national population above the age of 65 will outnumber those 18 and under for the first time in American history.

These older adults, according to research conducted in 2010 by the Stanford Center on Longevity, might find themselves in the “golden years” of emotional health — more adept than ever at understanding and managing the full complexity of their emotions. It may seem surprising, but decades of scientific study show greater contentment often comes with age.

While such findings speak to the fact that older adults are very much capable of leading fulfilling lives, their mental health remains consistently overlooked and undertreated. On this week’s episode of our Into the Fold podcast, we invite Carly Bassett, Licensed Clinical Social Worker and Counselor at Family Eldercare, to educate us on how communities can care for aging members without diminishing their self-sufficiency or self-esteem.

An estimated one out of every five people age 55 or older deals with a mental health concern of some kind. Even though suicide attempts are more frequent amongst adolescents and young adults, in nearly all countries the highest suicide rates are found in older adults. The suicide rate of older white men in the United States, according to a 2004 study, is four times the national average.

Even if an older adult makes monthly trips to their primary care provider, cases of depression and anxiety might be misdiagnosed or disregarded altogether due to age-based biases. In an older patient, telltale signs of depression — such as gaps in memory, loss of appetite and withdrawal from social circles — are too often conflated with symptoms of dementia, Alzheimer’s and other potentially co-occurring illnesses.

“We have to be careful about pathologizing sadness and believing that depression is a normal part of aging — because it isn’t,” Bassett says. The same goes for the isolation, physical fatigue and feelings of emptiness and worthlessness that older adults can internalize as a “natural” consequence of their age, rather than a reason to seek out support.

If practitioners, caretakers and younger populations want to help improve the mental health of aging patients and loved ones, they must reckon with their own fears and misconceptions of what it means to grow old. Like any other phase of life, old age presents new opportunities for thriving and self-discovery. “We see a lot of older adults living very rewarding, active lives,” Bassett says.

A Community Approach to Self-Sufficiency

“If you think back 50 years ago, people weren’t talking about mental health,” Bassett says. “And if they were, it was pretty negative.” For some older adults, the shame and stigma surrounding mental health disorders — as well as anxieties about mortality writ large — might push them to hide or deny their symptoms.

As a social worker who provides in-home counseling and care to older adults, Bassett has learned that restoring a sense of dignity to mental health service delivery requires building trust, ensuring confidentiality and paying close attention to what a client is or isn’t saying. A notion of self-sufficiency that goes hand-in-hand with a supportive community inspires the programming at Family Eldercare, an Austin-based non-profit that provides aging and disability services to more than 5,700 Central Texans each year.

Rather than centralizing operations in a single facility, Family Eldercare serves homebound clients through a mobile continuum of care. Programs are designed to give older adults as much assistance as possible, but in a way that maintains their independence. “We’re literally doing therapy at people’s kitchen tables or their living rooms,” Bassett says.

Much of what the Family Eldercare team of counselors and personal assistants does for older adults on a day-to-day basis can be assisted by fellow caregivers and community members. Whether it’s giving an elderly neighbor a ride to church, gifting a pet to a relative living alone or volunteering for the agency directly, there’s no shortage of things younger generations can do to help the older population of today — and tomorrow — feel seen, heard and valued.

As Bassett says, “We as individuals can really hold space for older adults and be there to support them through this life phase.”