A Lawman’s Perspective on Mental Health 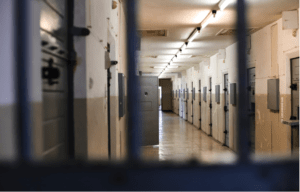 There is currently a strong push in Texas toward diverting people with mental health conditions away from the criminal justice system and into treatment. This is the good news. The bad news is that the demand for flexible, evidence-based, person-centered mental health treatment far outpaces the supply. One area of the system where this misalignment between need and access is most acutely felt is the state’s forensic system.

The “forensic system” refers to services that are given to an individual on orders of a judge or court as part of a legal proceeding – a subject we’ve tackled before on this podcast. Forensic cases account for 70% of state hospital beds in Texas, and there are currently 1,200 Texans awaiting admission to state hospitals for competency restoration. This jam in the system means people are losing access to badly needed care.

In this episode, Limestone County Sheriff Dennis Wilson and Kevin Garrett of Texas Jail Project share their complementary perspectives on the issue – one a lawman, the other a person with lived experience of the system.

Kevin Garrett’s journey to working in policy began about sixteen years ago when he was an inmate in a Texas county jail. Garrett was facing low-level charges related to his battle with substance abuse and, though he didn’t know it at the time, his undiagnosed mental health condition. In county jail, Garrett received an evaluation and a diagnosis of clinical depression. Having spent his life prior feeling as though “something was not right” with himself, Garrett was relieved. Unfortunately, hopes for treatment were dashed when authorities told Garrett that they couldn’t prescribe him anything for his condition, due to the fractured relationship between the systems of mental health care and criminal justice.

Limestone County Sheriff Dennis Wilson has been working in law enforcement for forty-five years, and has been a county sheriff for twenty of those years. As sheriff, Wilson oversees the operation of county jails, where he first encountered the flaws of the forensic system. “I began to witness, in my opinion, the mistreatment of these people simply because we were not providing them with what I felt like were adequate mental health services,” explains Wilson. “It seemed to me that the people that came into the criminal justice system that suffered from mental health illness were more or less put in the back of the buildings and forgotten about.”

It can take a long time for those with mental health issues to move through the criminal justice system while awaiting evaluation and restoration services. Wilson says this dynamic puts a strain on law enforcement. “We’re not getting any reimbursement for these services. However, we are the first ones that people call and we’re the only ones that can’t say no,” he explains. “If you’re in law enforcement, you have to step up to the plate every time the phone rings and provide some type of service, and we would prefer it be in the hands of the mental health professionals instead of law enforcement.”

Solving a problem as complex as this will require coordination between many agencies and organizations that have historically struggled to be in communication. This means that the courts, the state hospitals, and the county jails need to be interacting and exchanging information to address these issues. In addition, Wilson explains the need for a shift in the way we conceptualize care for mental health within the criminal justice system. “There’s a lot of misunderstanding about the system and how it works,” says Wilson. “At one time it was all about the beds and providing a sufficient number of beds … Now, we recognize from our different studies that it is no longer all about just the beds. It is about providing aftercare.” To prevent individuals with mental health illnesses from re-entering the criminal justice system, five crucial supports must be in place: housing, transportation, employment, medication, and, most importantly, peer support. “Peer support is something we are building on that has to be in place,” says Wilson. “Otherwise, we’ll keep seeing the same people over and over again.”

Garrett’s journey through the forensic system is an example of what is possible when the right conditions are in place to support individuals with mental health issues within the criminal justice system. After receiving treatment, Garret turned his life around and found his way to law school. He is now doing policy work to advocate for individuals caught within the same circumstances as he once was. “There was a larger purpose before me,” Garrett explains. “And that was trying to figure out if there is a way, legally and through policy, that others similarly situated as I was years before could possibly be helped.”