Pizza! Pizza! Read All About It! 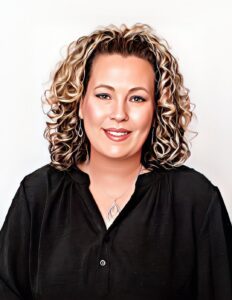 This blog post was authored by Valerie Sims, and is one of the prize-winning entries of the New Voices Showcase. We thank Ms. Sims for her submission.

“Pizza” is probably not the first word that comes to mind when recalling the recent pandemic and its profound effects on the state of a family’s mental health. However, as the mother of an adult son with autism, “pizza” is now so firmly burned into my brain, I can smell the charred bits of mozzarella now.

In suburban Texas, a pizza buffet could easily be found wherever and whenever the craving struck – prior to the pandemic that is. During the shutdowns, those little jewels known as “All You Can Eat Buffets” fell by the wayside. Many a waistline may have clapped in rejoicing, but those in my household had to look each other firmly in the eye and proclaim, “Buckle up, buttercups. Things are about to get rough!”

All the fears and unknowns surrounding the virus were weight enough for my family of four. Being unable to leave the house, enduring such long isolation, and being afraid of outside human contact left mental and emotional scars on most of us. I say “most of us” because those things weren’t a challenge for my son with autism. In those regards, he was living his best life.

Up until that time, pizza buffets were one of the few things in life that brought him genuine, visible joy. I say visible because smiles are now few and far between as he’s gotten older. It wasn’t always that way. I’ve looked back through our family photo albums, and I can see he smiled often as a child. As the years passed by, I can see changes were occurring.

As his neurotypical friends got older and no longer wanted to talk about animated movies, he struggled to find topics of conversation. As those friends got older and found competitive sports, he could only watch from the sidelines. As those friends got older, started driving, started working, and started dating, my son began to realize his life was different in some way. We’ve tried to explain autism to our son to help ease his confusion and disappointment as to why his life has not quite progressed in the same manner as someone without autism. We found a center that specializes in bringing together families that have a loved one with autism for training in social skills, learning, and other resources, yet our son still struggles with the challenges autism has presented him.

As a mother, I struggle to see his disappointments. I struggle to find ways to bring him joy. That’s where the pizza buffets came in. It may sound simple to some, but there’s a lot of joy to be found in a buffet – trying new textures and flavors, being free to make one’s own choices, being able to walk up to a buffet alone without assistance and the huge feeling of independence that brings. One of the few places my son could feel fully independent and totally in control of his own decisions was at a buffet. He even loved to shake it up occasionally by selecting the local Asian buffet because even they, on certain days, had a lovely assortment of frozen pizzas.

Then the shutdowns came. Then the buffets closed. Then even the pizza home deliveries stopped. One thing did not stop, though. That was my son asking for pizza – for lunch, for dinner, every day – EVERY DAY. Every day, multiple times per day, he would ask to go out for pizza. I tried making my own pizza, but it was not the same, especially not compared to a buffet. Every day, there was no swaying his palette no matter what I tried. There was no way we weren’t going to talk about it every day, multiple times per day, for over a year. A mom can only have the same exact same conversation every day before it starts to wear on her own mental health. “It’s just a conversation”, one might think. However, every day, four to five times per day, the brain starts to have had enough long before the 1000th time. It’s much like reading the phrase “every day” repeatedly in a story about pizza during a pandemic.

My husband was often absent during lockdown as he’s a firefighter. My other adult son has a genetic disorder and epilepsy and was faced with his own challenges during lockdown. It was also hard for him to endure the pizza conversations repeatedly. Our son with autism could not grasp lockdown. He could not grasp the idea of restaurant closures. He could not accept that a long-time source of joy had been taken from him so quickly and completely. It was a loss he felt deeply and brought him true grief. That is not said in humor. He really did grieve. We all felt it.

I would soon find out my family was not the only one experiencing a pizza-loss meltdown. A close family at the autism center had a 15-year-old son that had lived his whole life having the same brand of frozen pizza for both his lunch and dinner every day. Every day. Shelves were becoming bare of those pizzas. That family had to put out an S.O.S. on social media for any of their acquaintances to stock up for their son if they were able. Many families rallied and stocked their own freezers with that brand of pizza to help this family make it through that year of lockdown. I’m glad that family reached out for help amongst the community. Although it was a time of scarcity, friends and even strangers answered the call for help.

Those unfamiliar with autism often don’t understand the struggle autism families have when it comes to food. Many people have never heard of feeding therapy and don’t quite understand the need for it. Those diagnosed with autism often struggle with textures, smells, and flavors. They can be very rigid in their diet. This presented such a challenge for these families during pandemic lockdown and food shortages. Being locked down and isolated with a hungry family is challenge enough but being locked down with a hungry person with autism related feeding challenges left quite a frazzled mark on many families.

Now the closures have passed, and the pizza buffets have slowly started making a comeback. Unfortunately, we’re all 30 pounds heavier than at the beginning of the pandemic. An all you can eat pizza buffet is the last place we should be visiting. We will though. Because joy is joy, and a smile is a smile, and we want nothing more than to feel our son smile again.