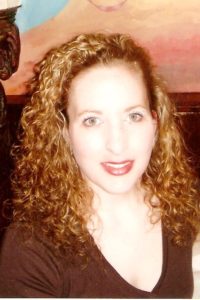 We checked in with Sarah Guy, 2016 recipient of our Frances Fowler Wallace Award to learn more about postpartum depression and the mental health issues and stigmas affecting new mothers.

Postpartum depression is not uncommon. According to the Centers for Disease Control, 11-20% of women who give birth each year have postpartum depression symptoms. Sarah Guy, a doctoral student in the School of Nursing at The University of Texas at Austin, and a 2016 recipient of the Hogg Foundation’s Frances Fowler Wallace Award, suggests that those statistics are underestimated because postpartum depression too often goes unrecognized or is not discussed.

Ms. Guy’s dissertation, titled “Understanding Women’s Perspectives of Mental Health Literacy Regarding Postpartum Depression,” sets out to better understand women’s personal experiences with postpartum depression. In particular, Ms. Guy seeks to identify the ways women recognize and relieve the symptoms that often cause much suffering for themselves and their families.

As in many areas of health care, the mental health aspects of postpartum are often neglected. Many women report feeling abandoned after the baby is born.

“We don’t understand the etiology of postpartum depression. There are theories related to massive hormonal shifts that are different from any other time in a person’s life,” says Ms. Guy, explaining the differences between postpartum depression (PPD) and major depressive disorder (MDD) in the general population. She suggests the context is unique—especially for first time mothers—as well as the symptoms, with anxiety and obsessive-compulsive behaviors playing a much bigger role.

“When you try to assess your own mental health in the midst of an experience you’ve never been through before, you have no reference point. You ask yourself, ‘Is this normal?,’ but you don’t know what normal is,” says Ms. Guy.

Postpartum depression is often unrecognized for weeks or months, and it’s usually the primary healthcare provider that steps in. “When becoming a new mother, there’s a fine line between tiredness and emotions, and full-blown depression,” says Ms. Guy. “Women and their families should be able to recognize postpartum depression when the first signs and symptoms begin to appear, and know where to seek help that suits their needs.”

Ms. Guy believes that while healthcare providers have a duty to assess mental health concerns in new mothers, we should be doing more general public health education as well. “We need multiple ways of reaching women, including healthcare providers and public information, as well as accurate, reliable information online. A lot of women are turning to social media which is not always helpful and can alter the reality of early motherhood.”

“I want women to feel informed and armed, but not scared. We can do a better job in helping women recognize where they’re at without frightening them,” says Ms. Guy.