Into the Fold, Episode 10: The Threat of Stereotypes 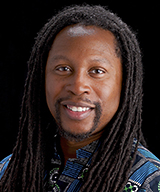 The Hogg Foundation does its part to combat damaging stereotypes, particularly those that affect persons with mental health conditions. Stereotypes and stigma go hand-in-hand. Not only are they antithetical to effective, person-centered treatment, but they pose an ongoing challenge to those in recovery, who must somehow forge a hopeful identity while navigating a world filled with preconceived ideas about who they are, what they can do, and how they can be. It’s no wonder that our Language Matters brochure is one of our most requested publications. The dual monster of stereotypes and stigma is a destructive force for the countless thousands with a stake in our mental health system, as well as a factor that complicates the best efforts of people to achieve meaningful recovery.

All of this makes stereotypes, and their psychologically debilitating effect on marginalized groups, a worthy topic for Into the Fold. Dr. Kevin Cokley, a member of the Hogg Foundation National Advisory Council and director of The Institute for Urban Policy Research & Analysis at the University of Texas at Austin, has recently authored a book, The Myth of Black Anti-intellectualism, in which he challenges commonly held beliefs about black attitudes toward academic achievement. In particular, he takes aim at the Acting White hypothesis — i.e. the notion that black youth discourage academic achievement among their peers by accusing such peers of “acting white,” and that this is uniquely to blame for lower levels of achievement among black students.

In the latest episode of the podcast, Dr. Cokley not only discusses the book but also breaks down stereotype threat, the observed phenomenon in which the pressure of disproving a stereotype about one’s social group can actually undermine that individual’s performance on standardized tests and other cognitive tasks. For younger African Americans whose self-concept is still taking shape, the implications are profound:

When I teach, for example, my Psychology of African American Experience class, and I have a section on education and I talk about stereotype threat, for many African American students there’s sort of like this “Ah-ha!” moment, like I’m naming something that they have felt for a long time, but they didn’t know there was a name for it, they didn’t know that there was research to describe what they were feeling.

In addition to his scholarship, Dr. Cokley has also come into his own as a savvy commentator on popular culture, as attested by his recent articles in Huffington Post and American Prospect. I couldn’t resist snagging that Bill Cosby piece for Mental Health Daily!

Many thanks to Dr. Cokley for agreeing to be interviewed, and we hope you like the episode. As always, thoughts and feedback are appreciated.